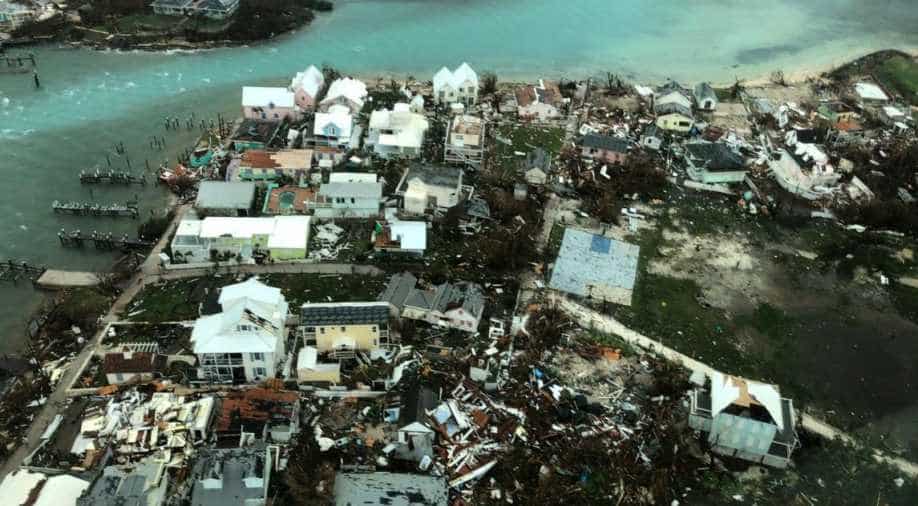 Storm surge swamped Bahamian airports, leaving them underwater and unapproachable, so Suarez worked with Norwegian Cruise Line to transport the donations. Its ship "Breakaway" was set to depart Florida for the Bahamas at 8 p.m. (0000 GMT) on Thursday.

Americans are piling power generators, bottled water, and other critical supplies into well-meaning mountains of Bahamas hurricane relief, but disaster response leaders say gathering goods complicates emergency aid and is not the best way to help.

Miami Mayor Francis Suarez by Thursday afternoon had collected roughly 70 pallets of sanitizers, blankets, clothes and other necessities to ship to victims of Hurricane Dorian, the monster Category 5 storm that ravaged the Bahamas, killing at least 30 people, a figure official said was sure to rise.

Storm surge swamped Bahamian airports, leaving them underwater and unapproachable, so Suarez worked with Norwegian Cruise Line to transport the donations. Its ship "Breakaway" was set to depart Florida for the Bahamas at 8 p.m. (0000 GMT) on Thursday.

But sometimes the best intentions are not the best response, say, emergency responders.

"Decades of experience in disaster relief and recovery have shown that the best way to help people affected by disaster is to make cash donations to reputable relief and charitable organizations," Tom Babington, spokesman for United States Agency for International Development, said in an email.

"Cash donations also allow relief supplies to be purchased in markets close to the disaster site, which stimulates the local economy by providing employment and generating cash flow," he added.

The United Nations has estimated more than 76,000 people need humanitarian relief after the most damaging storm ever to hit the island nation.

"In reality, donations like supplies could take a long time to process, clean, and sort, diverting time and attention away from people who need it most," Rendon said.

Shawn Marshall, an official with the Bahamas Consulate General Miami, said the diplomatic mission had set up drop-off points for goods to help the beleaguered islands. Boats ferrying supplies can dock at ports on hard-hit Abaco Island and Grand Bahamas, he said.

On the central Florida coast, Paul Berube gathered donated baby items, dog food, and other supplies at his boat dealership. He was working to have relief goods flown or shipped duty-free and without transport fees after a resort owner on Grand Bahama provided permits.

"I've had three different pilots call me and say, 'Hey, I see you're involved, I've got a plane, I'd like to transport'," Berube said.