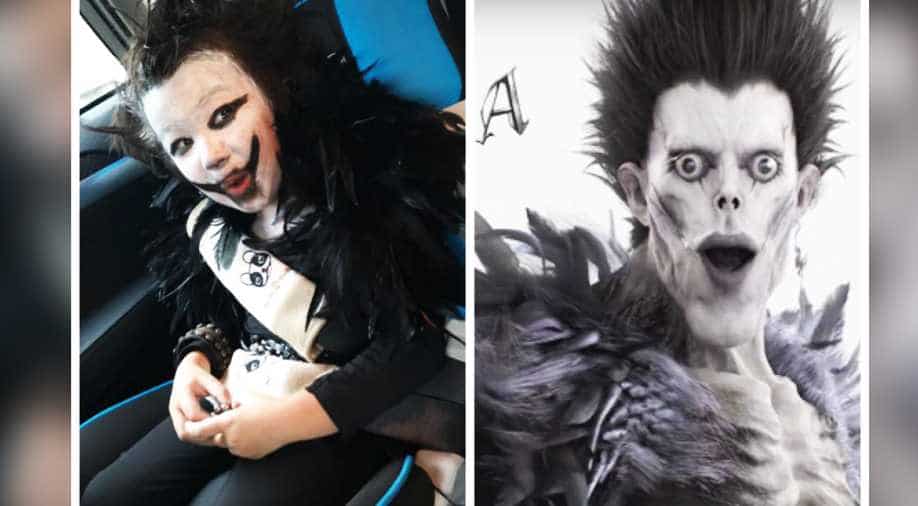 Meet Momo Lu an adorable kid from Taiwan, who spends an entire year to prepare for the Halloween festival.

Her last year costume went viral and surprised everyone and when she went to the school her classmates started crying.  She embodied No-Face from the film Spirited Away and that was much appreciated.

This year Momo along with her younger sister Miemie dressed up as Ryuk and paid tribute to "Death Note".

Death Note is a Japanese manga series, it is about Light Yagami, a high school student who discovers a supernatural notebook from a Shinigami named Ryuk that grants its user the ability to kill anyone whose name and face he knows. The series centers around Light's attempts to create and rule a world "cleansed of evil" as "God" using the notebook, and the efforts of a detective known as L to stop him.

The duo in Ryuk and L costumes nailed in the costume of the characters, most notably, L’s iconic squat!

Her creativity and zest for the festival are definitely held in high regard and let's wait what she wears next year.

Watch: Momo'idea of Halloween celebration in her school.