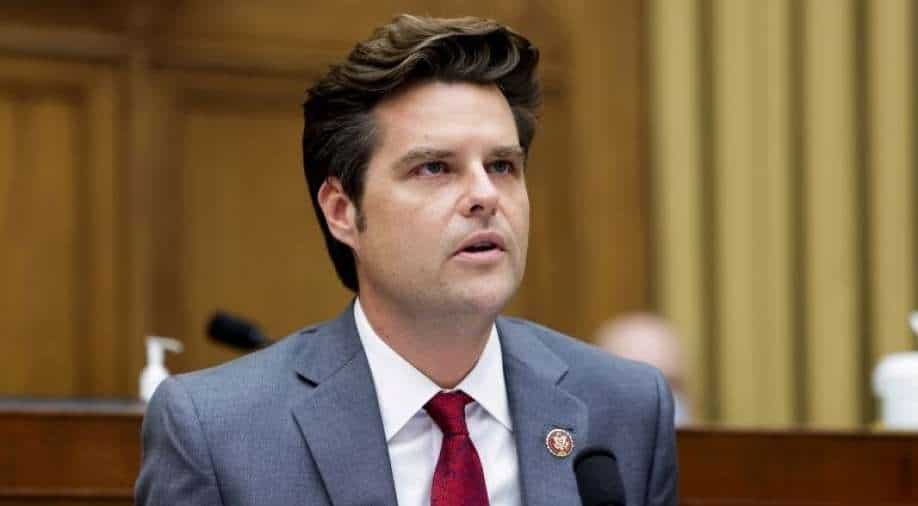 As per Greenberg's confession, an unnamed associate and Greenberg paid more than $70,000 to women who were hired to perform sexual acts for 'wealthy and powerful men' between 2016 and 2018

Donald Trump's supporter, Matt Gaetz, is back in the headlines as a close associate of the congressman has admitted to the charges of sex trafficking involving a minor.

A former tax collector of Florida, on Monday, has confessed to paying a 17-year-old girl for sex and also admitted to arranging drugs for the minor.

Also read | 'Lot of explaining to do': Trump advised to stay away from Matt Gaetz amid his sex scandal

Local media has reported that Joel Greenberg has told the investigators that Gaetz had sex with the 17-year-old unnamed girl while being completely aware of her age and that she was getting paid for it. However, the infamous congressman has denied the accusations and has refused to resign from Congress.

As per Greenberg's confession, an unnamed associate and Greenberg paid more than $70,000 to women who were hired to perform sexual acts for 'wealthy and powerful men' between 2016 and 2018. He also confessed to using the tax collector office's credit cards at times to make payments to these women.

He also admitted to arranging drugs for an underage girl. He has confessed to having sex with the minor girl at least seven times and he "also introduced the Minor to other adult men, who engaged in commercial sex acts with the Minor".

However, Haetz continues to dismiss these accusations. "The first indictment of Joel Greenberg alleges that he falsely accused another man of sex with a minor for his own gain. That man was apparently innocent. So is Congressman Gaetz," Harlan Hill, the Congressman’s spokeswoman said.