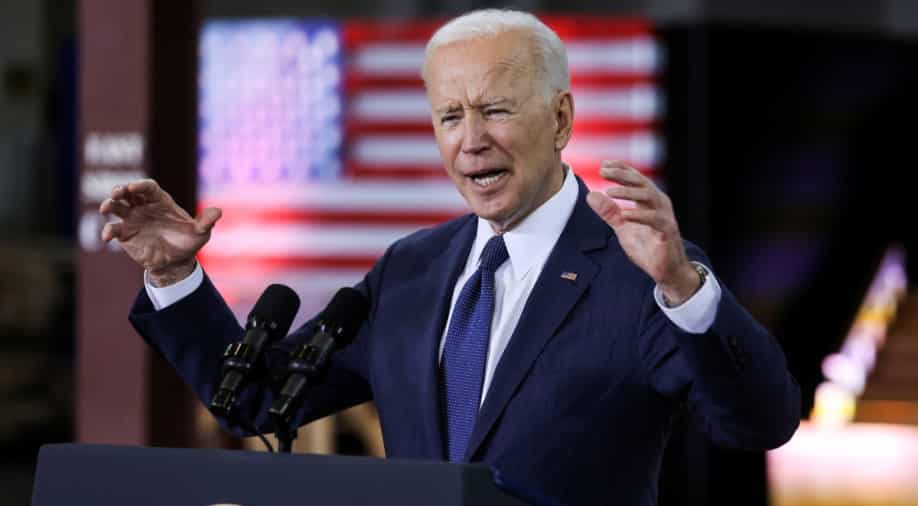 The incident added to the list of recent shootings as it took place during the Independence Day parade in Highland Park, according to the Lake County Sheriff’s office.

United States President Joe Biden said on Monday that the government will continue their fight to end the "epidemic" of gun violence in the country after a mass shooting at a July 4 parade in Chicago claimed at least six lives. "I'm not going to give up fighting the epidemic of gun violence," Biden said in the aftermath of the incident. The incident added to the list of recent shootings as it took place during the Independence Day parade in Highland Park, according to the Lake County Sheriff’s office.

“Jill and I are shocked by the senseless gun violence that has yet again brought grief to an American community on this Independence Day,” Biden said in the official White House statement.

“I will monitor closely as we learn more about those whose lives have been lost and pray for those who are in the hospital with grievous injuries,” he added.

Meanwhile, during the July 4th barbecue with military families at the White House, Biden said that the US will “persevere” through this “exhausting and unsettling” period of time.

"The economy is growing, but not without pain. Liberty is under assault, assault both here and abroad," he said. "In recent days, there has been reason to think that this country is moving backward, that freedom has been reduced, that rights we assumed were protected are no longer."

In conclusion, he added that the US has always been "a work in progress."

"After we've taken giant steps forward, we've taken a few steps backwards. And after doing the hard work of laying the foundation for a better future, the worst of our past has reached out and pulled us back on occasion," he said.