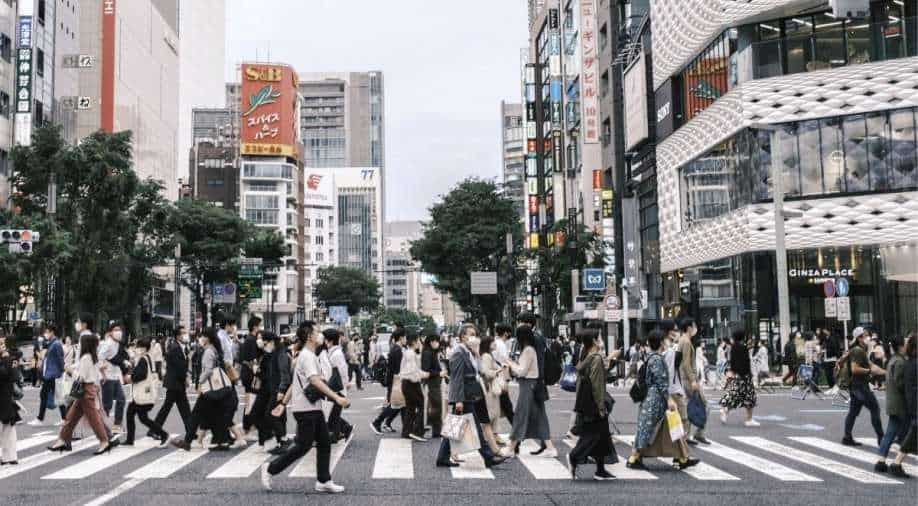 Small experimental package trips from Australia, Singapore, Thailand, and the United States are being hosted in Japan this week

Ending its two-year pandemic closure, Japan on Thursday announced that it will reopen to tourists from 98 countries starting June 10.

However, the country added that travellers will only be allowed in with tour groups.

This is because these tour groups are expected to bear the responsibility of ensuring that all the travellers with it respect Japan's near-universal mask mandate and other steps that have helped keep the toll from Covid-19 remarkably low.

Watch | Japanese man spends over $15,000 to become a dog. Watch how it turns out

Beginning June 10, Prime Minister Fumio Kishida said that people on scheduled tours with guides will be allowed to enter Japan.

The nation's Prime Minister has also stated his desire to relax border control rules, but progress is expected to be slow.

Small experimental package trips from Australia, Singapore, Thailand, and the United States are being hosted in Japan this week.

The trial includes only 50 people who were given special visas rather than tourist visas. The experiment is scheduled to close on May 31.

Revisiting the border controls, the country will soon resume accepting package tours from counties like Britain, Canada, France, Malaysia and the United States.

Japan will also increase the number of airports that accept international flights to seven, adding Naha in southern Okinawa and New Chitose near Sapporo in northern Hokkaido.

For the majority of the pandemic, Japan has prevented all visitors from entering, allowing only nationals and foreign residents to do so, though even these have been turned away on occasion.

Currently, it permits up to 10,000 individuals per day to enter the country, including Japanese citizens, foreign students, and certain business travellers.

All visitors must test negative before travelling to Japan, and many must be tested again after they arrive, however, triple-vaccinated visitors from select countries are exempt from the additional test and the three-day quarantine required of others.