Islamic State down to less than 1% of original 'caliphate': US-led coalition 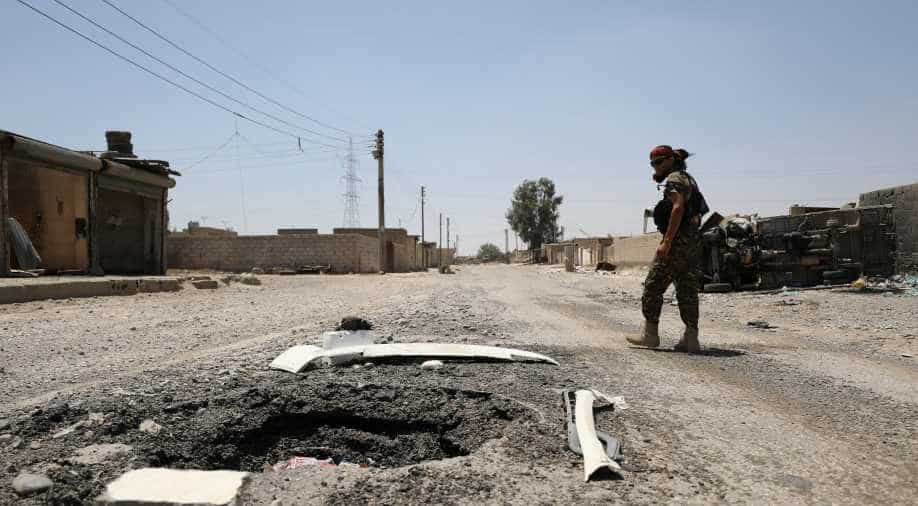 At its height in 2014, Islamic State controlled territory — in Iraq and Syria — the size of Britain.

Recent gains by Kurdish-led forces in Syria have shrunk the Islamic State group's "caliphate" to less than one percent of its original size, the US-led coalition said on Thursday.

Major General Christopher Ghika, the coalition's deputy commander, described the size of the last patch of land held by the jihadists as "now less than one percent of the original caliphate".

The coalition and allied Kurdish forces have captured "approximately 99.5 percent" of IS-controlled territory, he said in a statement.

At its height, the jihadist proto-state proclaimed by IS in Syria and Iraq in June 2014 was roughly the size of Britain.

But it has since lost most of that territory to various offensives.

The jihadists are now clinging on to a small sliver of land near the village of Baghouz in eastern Syria and many residents are fleeing and turning themselves in ahead of a final offensive.

Jihadists "are attempting to escape through intermixing with the innocent women and children attempting to flee the fighting", coalition deputy commanding general Christopher Ghika was quoted as saying.

"These tactics won't succeed, our Syrian partners are focused on finding ISIS wherever they hide, and our Iraqi partners have secured their borders," he said, using another acronym for IS.

More than 37,000 people, mostly wives and children of jihadist fighters, have fled IS territory since the Kurdish-led Syrian Democratic Forces, backed by the US-led coalition, intensified its offensive in December, according to the Syrian Observatory for Human Rights.

The Britain-based war monitor has said that figure includes some 3,200 suspected jihadists.