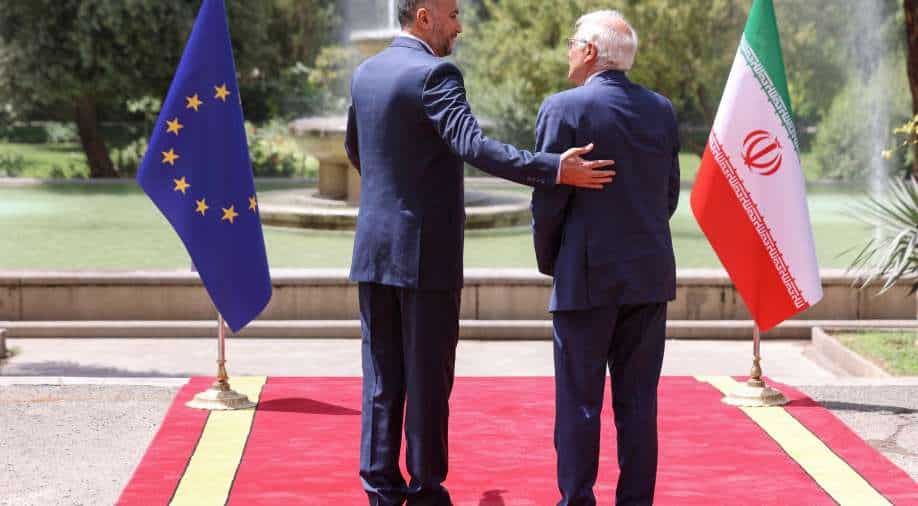 The Iran nuclear deal has been hanging by a thread since 2018 when then United States President Donald Trump unilaterally withdrew from the accord and began imposing crippling economic sanctions on America's arch-enemy.

Iranian Foreign Minister Hossein Amirabdollahian told a joint news conference with the EU's foreign policy chief in Tehran that Iran's indirect talks with the United States on reviving the 2015 nuclear pact will resume soon, as reported by Reuters.

"We are prepared to resume talks in the coming days. What is important for Iran is to fully receive the economic benefits of the 2015 accord," said Amirabdollahian, adding that he had held a "long but positive meeting" with the European Union foreign policy chief Josep Borrell.

Borrell made the announcement after a two-hour meeting with Iran's Foreign Minister Hossein Amir-Abdollahian on the second day of a previously unannounced visit to the Islamic republic.

Borrell said, "We are expected to resume talks in the coming days and break the impasse. It has been three months and we need to accelerate the work. I am very happy about the decision that has been made in Tehran and Washington."

Amir-Abdollahian confirmed the resumption of the negotiations.

Amir-Abdollahian said, "We have had a long but positive conversation on global cooperation between Iran and the EU."

"We will try to solve the problems and differences through the negotiations that will resume soon," he added.

The Iran nuclear deal has been hanging by a thread since 2018 when then United States President Donald Trump unilaterally withdrew from the accord and began imposing crippling economic sanctions on America's arch-enemy.

The administration of incumbent US President Joe Biden has sought to return to the agreement, saying it would be the best path with the Islamic republic.

The talks began in April last year but stalled in March amid differences between Tehran and Washington, notably over a demand by Iran to remove its Islamic Revolutionary Guard Corps from a US terror list.