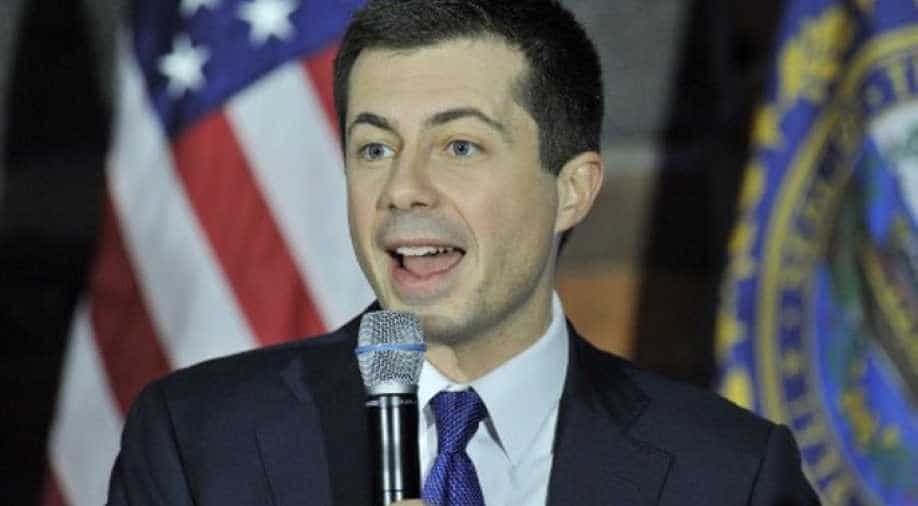 In a surprise turn of events, Democratic candidate Pete Buttigieg,38, took the lead in the Iowa caucus after results were delayed on Tuesday due to "inconsistencies".

"I have never been more confident in our campaign, in our team, and in the vision that brought to us this point," Buttigieg told supporters as he took the lead.

According to the polls, Buttigieg took the lead with 26.8 per cent followed by Sander at 25.2 per cent, Elizabeth Warren had bagged 18.4 per cent and Biden, touted as a Democratic frontrunner to take on Trump in the US election, trailing in fourth position with 15.4 per cent votes.

Minnesota Senator Amy Klobuchar was in fifth place with 12.6 per cent votes.

On Tuesday as the results were delayed, US President Donald Trump took a dig at the Democrats saying that the Democratic Party in Iowa was "really messed up".

"It is not the fault of Iowa, it is the do nothing with Democrats fault. As long as I am President, Iowa will stay where it is. Important tradition!" he added.

On Tueday, the organizers said there were "inconsistencies" in three sets of results.

Mandy McClure, communications director at the Iowa Democratic Party, said that in addition to using the tech systems, photos of results and a paper trail were being used to validate the results.

Democarts are seeking a challenger to take on Trump in the November 3 elections with several Key caucus coming up in New Hamshire.