In record turnout, over 16 million Americans vote ahead of election day on November 3 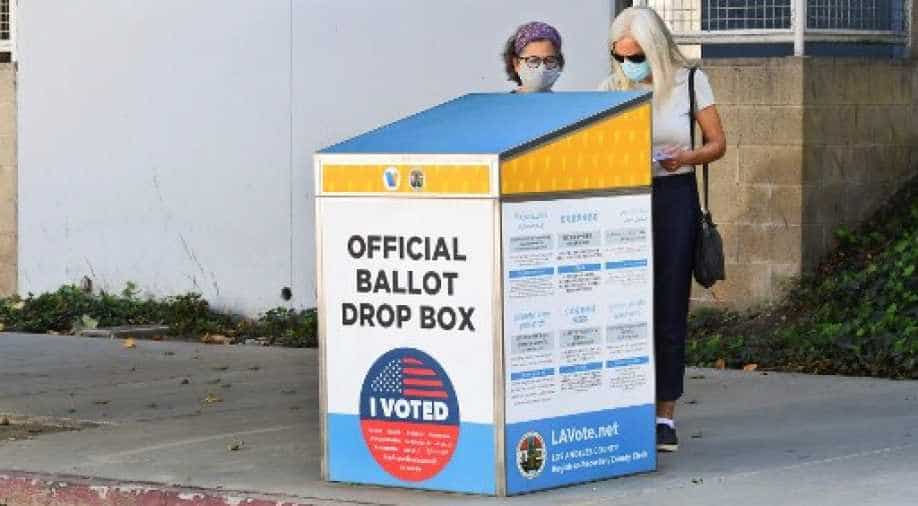 As US President Donald Trump and Democratic presidential candidate Joe Biden duel in town halls, over 16 million votes have already been cast for the US elections ahead of election day on November 3 amid the coronavirus pandemic.

The votes include in-person and mail-in ballots as US states opened locations for voting ahead of the main polling day. According to reports, over one million people have already voted in California followed by nearly two million in Florida.

Voters in Michigan and Virginia have also voted heavily with over a million ballots cast so far with just 18 days to go for polling in the US elections. In Florida, nearly 2 million voters have already exercised their franchise.

In New Jersey over a million voters have voted with voters having chosen their candidates in  Illinois, Penslysivania and Ohio which have reported less than a million votes being cast so far.

In Texas, 907,504 votes have been cast with several million more to follow.

Long queues are already being seen in Georgia with in-person early voting open in Kentucky and Texas where people reportedly waited in long lines outside the polling stations.

Until last Monday, 10 million people had already voted in the presidential election which outpaced early voting pattern compared to 2016 which was won by President Trump.

According to reports, as of October 16, 2016, some 1.4 million Americans had cast their early vote compared to over 16 million who have already voted so far in the US elections.