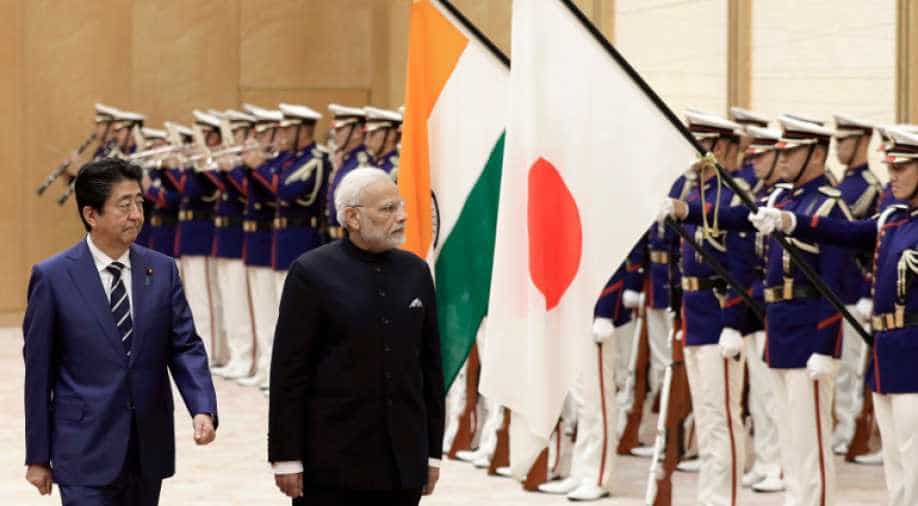 High-speed railway will be promoted, the Japanese PM said during the joint statement, adding that digital partnership will be improved.

Speaking at the joint press meet with PM @AbeShinzo. https://t.co/4KR0hnVKY2

While thanking PM Abe for the warm reception, PM Modi during the joint statement said that India and Japan share deep bilateral ties.

"Our patnership will boost growth," PM Modi said while asserting that he had frutiful discussion with the Japanese prime minister.

"The 21st century belongs to India," the PM declared while inviting Japan to be part of the solar alliance.

Earlier, PM Abe and Modi held delegation level talks where the two sides discussed a range of bilateral, regional and global issues including the situation in the Indo-Pacific region.

India and Japan signed six agreements, including on high speed train and naval cooperation after talks between PM Narendra Modi and Shinzo Abe.

"India is going through a massive transformative phase today. The world is appreciating India for its service to humanity. The nation is being felicitated for its policies and for the work being done towards public welfare," he said.

The Indian PM said that "tremendous progress" was achieved in the digital infrastructure, saying 1 GB data is cheaper than the smallest bottle of cold drink in the country.