I will not certify Iran nuclear deal: Trump 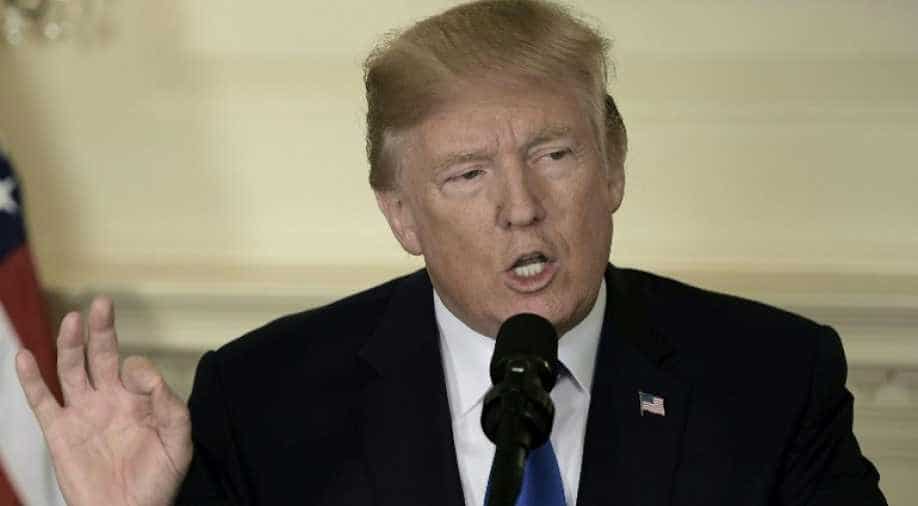 US President Donald Trump speaks about the Iran deal from the Diplomatic Reception room of the White House in Washington. Photograph:( AFP )

In a major policy shift, US President Donald Trump refused to certify the 2015 Iran nuclear deal, and warned the United States may yet walk away from "one of the worst" agreements in history.

In an address at the White House, Trump said that his goal is to ensure Iran never obtains a nuclear weapon.

"I am announcing that we cannot and will not make this certification," Trump said.

"We will not continue down a path whose predictable conclusion is more violence and terror and the very real threat of Iran's nuclear breakout," he said.

Trump warned that if "we are not able to reach a solution working with Congress and our allies, then the agreement will be terminated."

Iranian President Hassan Rouhani was quick to rebuke Trump and declared the United States was "more than ever against the Iranian people."

Iran also said it would retaliate against any action targeting towards its armed forces.

Qasemi also warned about the possibility of pulling out of the deal.

"Iran always acts based on its interests and will continue to do so. If necessary, we can also withdraw from the deal," Qasemi said.