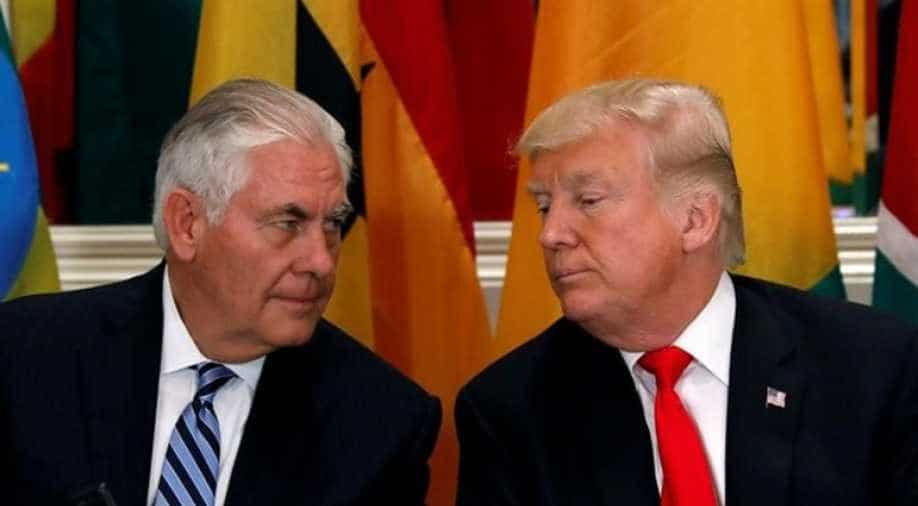 US secretary of state Rex Tillerson said today President Trump won't ask Congress to "snap back" sanctions against Iran but will stop short of killing the agreement.

"The intent is that we will stay in the JCPOA, but the president is going to decertify," said Rex Tillerson, referring to the 2015 multilateral agreement.

Tillerson said President Trump will announce additional sanctions on Iran's Islamic Revolutionary Guard but will not declare it a terrorist organization.

"A re-imposition of the sanctions," said Secretary of State Rex Tillerson, "would, in effect, say we're walking away from the deal," he added.

"What we are laying out here is this is the pathway we think provides us the best platform from which to attempt to fix this deal," he said.

"We may be unsuccessful. We may not be able to fix it. And if we’re not then we may end up out of the deal," the secretary of state added.

Meanwhile, Iran said today it would retaliate against any action targeting towards its armed forces.

Qasemi also warned about the possibility of pulling out of the deal.

"Iran always acts based on its interests and will continue to do so. If necessary, we can also withdraw from the deal," Qasemi said.