'I up-played coronavirus': Trump answers question of a voter before US elections 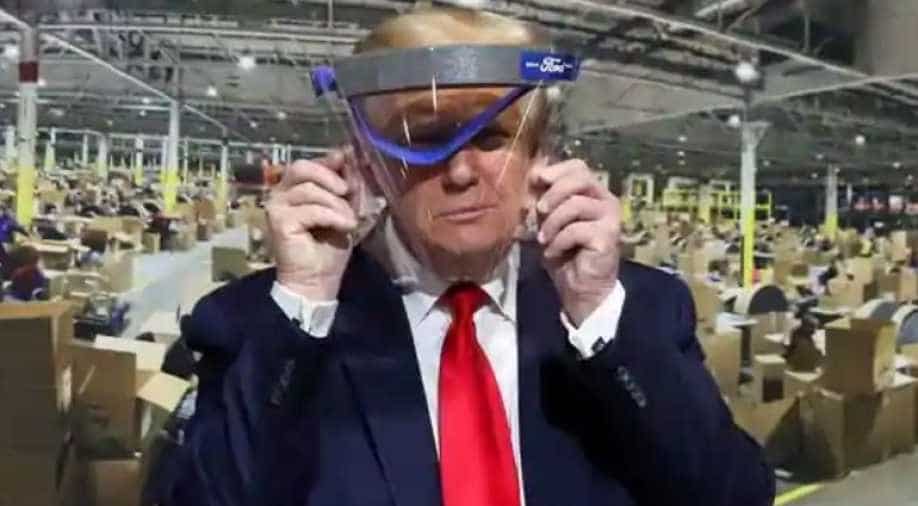 'My action was very strong because what I did with China. I put a ban on,' Trump justified

Controversies seem to be never-ending for the US President Donald Trump, especially with the US elections few weeks away.

Last week, investigative journalist Bob Woodward released few excerpts from his new book, Rage, backed with audio clips as proof where Donald Trump can be heard telling Woodward that he 'downplayed' the novel coronavirus because he wanted to.

However, when an undecided voter asked Trump a question about this controversy in an interview, he responded back with a completely different answer saying, "Well I didn't downplay it. I actually, in many ways, I up-played it in terms of action."

He further justified it by saying, "My action was very strong because what I did with China. I put a ban on. With Europe, I put a ban on. And we would have lost thousands of more people had I not put the ban on. So that was called action, not with the mouth but in actual fact. We did a very, very good job when we put that ban on, whether you call it talent or luck, it was very important so we saved a lot of lives when we did that."

Trump did not stop there. He also claimed that wearing masks was not necessary as masks are not always useful, justifying his move of not announcing a nation-wide mask ma ndate, like other countries. "They said at the Democrat(ic) National Convention they're going to do a national mandate. They never did it, because they've checked out and they didn't do it. And ... Like Joe Biden. They said, 'We're going to a national mandate on masks.' ... But he didn't do it. He never did it," Trump said.

His statement of mask mandate has come out a few hours after his administration's top health advisers' urged people to wear face masks when stepping outside to contain the spread of the novel coronavirus which has affected the US in the worst way with the total number of cases above six million.

Justifying his thought process yet again, he cited an example of his day-to-day life, "They come over, they serve you and they have a mask. And I saw it the other day, where they were serving me and they're playing with the mask. I'm not blaming them ... they're playing with the mask ... they're touching it and then they're touching the plate. That can't be good," Trump said.

'You are good people:' Navalny thanks Russian pilots, medics for saving his life