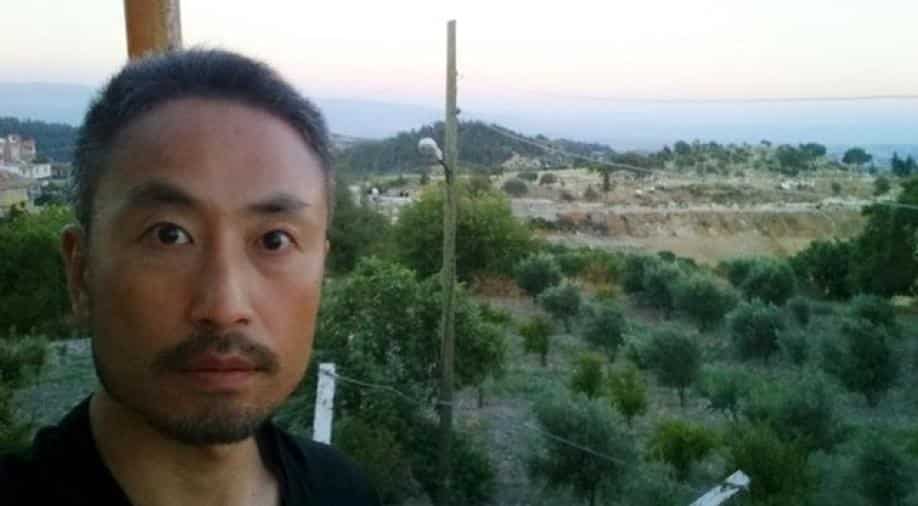 photo of a Japanese hostage in Syria holding up a sign which reads, "Please help me," and "This is the last chance," along with his name in Japanese has emerged about two months after he was last seen in what appeared to be a hostage video. Photograph:( Reuters )

Japanese journalist Jumpei Yasuda who was in captivity with the Syrian militants for a period of over three years has said that he was not allowed to move or make any noise during the confinement.

Calling the capitivity as physical and psychological hell, he said that the military would not let him move or make any noise even while sleeping.

Yasuda added that he was not allowed to bath or wash his clothes.

"Because I couldn't wash my hair, my head itched - but when I scratched, that made noise," he said on flight back to Japan.

"Breathing through my nose, cracking my knuckles, moving while I slept - everything was forbidden."

Kept at a space just 1.5 metres high and 1 metre wide, Yasuda was confined with the Syria military for over three years.

Jumpei Yasuda was kidnapped in Syria in 2015.

He arrived back in Japan on Thursday night.

The Japanese government has thanked Qatar and Turkey for their cooperation in freeing Yasuda, but has denied paying a ransom for his release.

Yasuda also had to face criticism on social media where the netizens targetted him saying that he was not even Japanese.

"He is disturbing society," wrote one Twitter user. "He's an anti-citizen," charged another.

Perhaps anticipating the criticism, Yasuda's only statement upon arrival, read to reporters by his wife Myu, was dominated by an apology.

"I apologise for causing such trouble and worry, but thanks to all of you, I was able to come home safely," he said.

A string of kidnappings of journalists in Syria at the height of the country's war exposed differences in how governments and public responded.

Some governments paid ransoms, while others refused, and while countries celebrated their journalists as heroes, others quietly criticised them for taking unnecessary risks.