Focused on getting two Canadians released from China: Pompeo to Trudeau 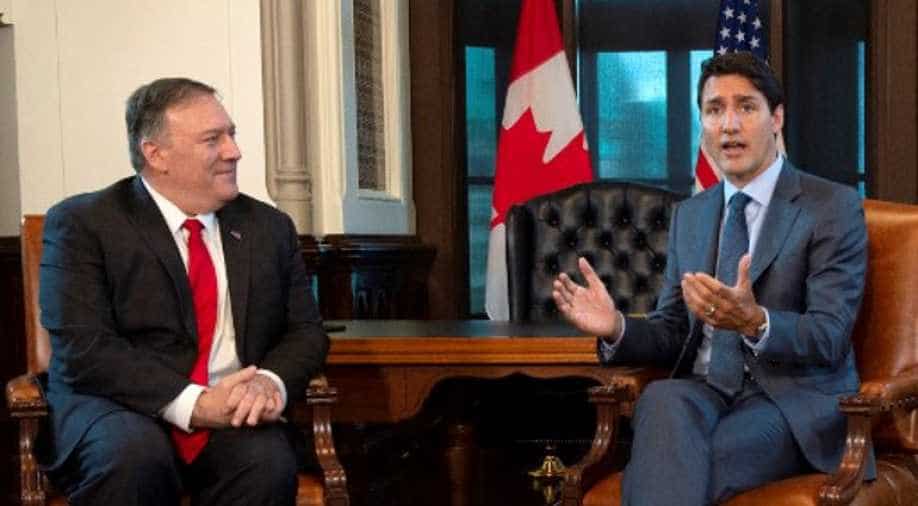 The two Canadians - former diplomat Michael Kovrig and businessman Michael Spavor - were detained in December and accused of espionage.

American officials are working to secure the release of two Canadians held by China, secretary of state Mike Pompeo said on Thursday as he sat down with Canadian Prime Minister Justin Trudeau.

The two Canadians - former diplomat Michael Kovrig and businessman Michael Spavor - were detained in December and accused of espionage.

The detention came nine days after Canada had arrested Huawei executive Meng Wanzhou on a US warrant. While no official link was made, the arrest of the two men was widely viewed as retaliation.

"Please note that our team is focused on helping those two Canadians be released," Pompeo told Trudeau. "We're working on it diligently."

"It's wrong that they are being held," he added.

Pompeo was in Ottawa to discuss trade, China and the upcoming G7 summit with Trudeau and foreign minister Chrystia Freeland.

On the eve of the Pompeo visit, Trudeau vowed in a speech that he would "always defend Canadians and Canadian interests" and not "back down" in deepening diplomatic and trade disputes with China.

The two countries have been locked in a feud since Meng's arrest during a flight stopover in Vancouver.

The US is seeking her extradition to face fraud charges for allegedly violating Iran sanctions and lying about it to US banks - accusations that her lawyers dispute.