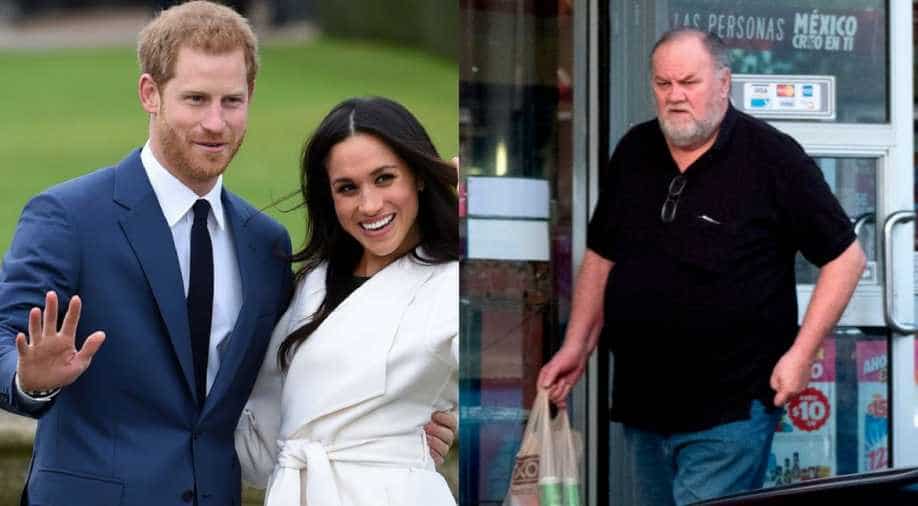 Meghan Markle confirms father will not attend her wedding to Prince Harry Photograph:(Reuters)
Follow Us

U.S. actress Meghan Markle confirmed on Thursday her father would not be attending her wedding to Britain`s Prince Harry, the grandson of Queen Elizabeth, putting an end to days of speculation.

Markle`s father, Thomas, had been due to walk his daughter down the aisle at the glittering ceremony at St George`s Chapel at Windsor Castle on Saturday.

But the former lighting director for TV soaps and sitcoms gave a series of contradictory statements this week about whether he would be there, with the Los Angeles saying he had undergone heart surgery on Wednesday.

"Sadly, my father will not be attending our wedding. I have always cared for my father and hope he can be given the space he needs to focus on his health," Meghan Markle said in a statement.

"I would like to thank everyone who has offered generous messages of support. Please know how much Harry and I look forward to sharing our special day with you on Saturday."

Saturday`s wedding will be a sumptuous show of British pageantry, likely to attract a huge world audience.

Supporters hope the union of one of the most popular royals and a glamorous American actress, a divorcee with a white father and an African-American mother, will reinvigorate the monarchy.

However, much of the carefully-planned and choreographed build-up to the ceremony has been overshadowed by confusion over whether Markle`s father.

Her mother, Doria Ragland, a yoga instructor and social worker, has arrived in Britain and is due to meet the 92-year-old queen and her husband Prince Philip, 96, on Thursday.