CPAC and the new Republicanism 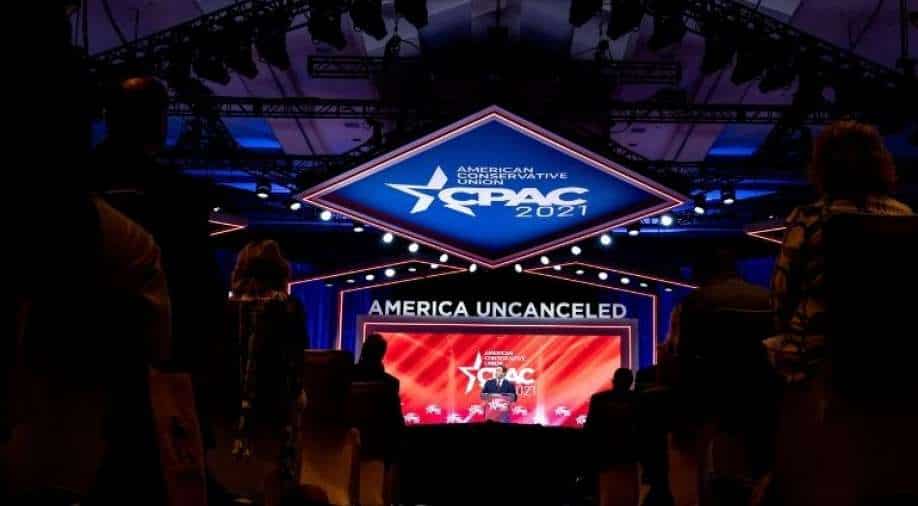 In recent years, CPAC has evolved from a family reunion of Republican libertarians, social conservatives and a hawkish foreign policy establishment into Trump-chella

The golden statue of the former president being wheeled through the halls of the Conservative Political Action Conference on Friday may have been a touch on the nose, considering the obvious Old Testament allusion.

But if you were looking for clues about the direction of the Republican Party after the Trump years, an effigy of Donald Trump in an American flag bathing suit may be as symbolic as any golden calf.

In recent years, CPAC has evolved from a family reunion of Republican libertarians, social conservatives and a hawkish foreign policy establishment into Trump-chella.

This year has been no exception, with speaker after speaker focusing on the pet issues of the former president. “Are your votes being distorted?” one ominous video asked, flashing photos of President Joe Biden on the big screen. Trump plans to address the crowd Sunday, and anything he says about his future political ambitions will inevitably overshadow the entire event.

The former president may not end up running again — continuing legal issues could kill his bid — but there is little question that he leaves the party reshaped in his image. Even though Trump often failed to articulate a comprehensive policy doctrine, he has fundamentally remade what being a Republican means.

That shift was made strikingly clear in the remarks of politicians who hope to lead their party into the future — with or without Trump.

“We cannot — we will not — go back to the days of the failed Republican establishment of yesteryear,” he said, proclaiming Florida to be an “oasis of freedom” in a country suffering from the “the yoke of oppressive lockdowns.”

Sen. Ted Cruz, R-Texas, who opened his remarks with a joke about his much-criticized trip to a Cancún, Mexico, resort, cast conservatives as Jedi “rebels” against the “rigid conformity” of the socialist left — a call to arms at an event steeped in complaints of cultural victimhood. This year’s conference is titled “America Uncanceled.”

But Cruz also had a message for members of his own party.

“There’s a whole lot of voices in Washington that want to just erase the past four years, want to go back to the world before,” he said. “Let me tell ya right now: Donald J. Trump ain’t goin’ anywhere.”

Sen. Josh Hawley, R-Mo., after defending his efforts to contest the election results as “taking a stand,” proclaimed a “new nationalism” that included breaking up technology companies, standing up to China and tightening borders. The “oligarchs” and “corporate media,” he said, want to divide Americans with “lies” like systemic racism. Hours before his speech, Hawley announced legislation requiring a $15 minimum wage for corporations with revenues of more than $1 billion.

None of the men, it is worth noting, made any reference to Biden, a sign that the party continues to lack any cohesive line of attack against the new administration.

But what was equally striking is how far the speeches differed from traditional Republican ideology. A party that has defined itself as defenders of the free market now believes big technology companies wield too much power and the government needs to put more restrictions in place. Concerns about interventionism abroad have replaced hawkish doctrine as the driving foreign policy force. Nativism has gone mainstream, and the politics of cultural grievance, focused heavily around race, dominate among conservatives that once delighted in mocking sensitive liberal “snowflakes.”

Of course, some of this rhetoric is not quite accurate. Although pandemic rules vary across the country, stay-at-home orders are lifted in all states, and businesses are largely open in most. Even as Republicans fret about being “canceled” by liberals, local parties in recent weeks have censured members of Congress who strayed from overwhelming support of Trump.

But Cruz is correct that there are some Republicans who hope that the party will revert to its pre-Trump policies and rhetoric. After watching the speeches at CPAC, it is hard to imagine how the party could have once rallied around a fiscally conservative, hawkish on foreign policy Republican like Sen. Mitt Romney of Utah, their 2012 nominee.

Back then, Romney used the conference to burnish his conservative bona fides during the primary, declaring himself “severely conservative.” But unlike nine years ago, the Republican Party of today is firmly behind Trump and his brand of populist politics. In a recent Suffolk University/USA Today poll, nearly half of Trump voters said they would abandon the GOP completely and join a Trump party if the former president decided to create one.

In interviews with Republican voters this past week, many showed little interest in returning to the conservative principles of the past — expressing support for policies like stimulus checks, concern about socialism and a desire for less intervention abroad. Many wanted Trump to run again. But even those who preferred someone new said they wanted to continue pushing his “America first” agenda.

Tim Faulkner, a retired park supervisor from Elgin, Arizona, said he believed that any potential candidate would have to earn the former president’s support and be able to carry his movement forward.

“There’s a new generation coming up that needs to take the torch, and I think Trump’s role would be helping to secure that foundation,” he said.