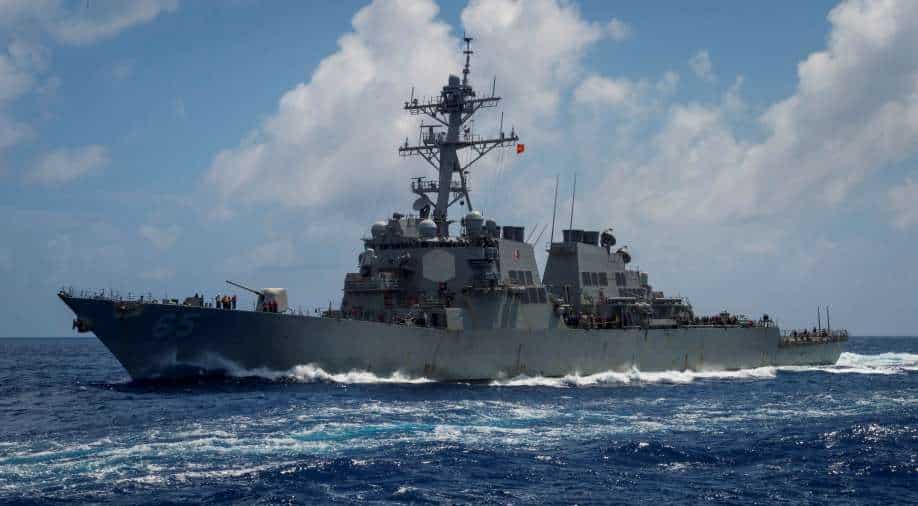 The PLA said the entry of the US warship into the South China Sea was 'illegal'.

Amid tensions with China, US warship USS Benfold passed through the South China Sea as Chinese forces followed the warship.

The PLA said the entry of the US warship was "illegal" even as the US Navy said the warship "asserted navigational rights and freedoms in the vicinity of the Paracel Island, consistent with international law".

China claims the South China Sea as its own even though other countries in the region including Taiwan, the Philippines, Vietnam, Malaysia and Brunei have also have similar claims to the islands.

The international court at The Hague had rejected China's claim of historical rights over the islands however the Chinese government hasn't recognised the verdict.

"We solemnly demand that the US side immediately stop such provocative actions, otherwise it will bear the serious consequences of unforeseen events," the PLA said.

Also Read in Pics: Why US, China tested missiles on same day amid tension in South China Sea

7th Fleet spokesman Mark Langford informed that "at the conclusion of the operation, USS Benfold exited the excessive claim and continued operations in the South China Sea." The US carries out what it calls "freedom of navigation operations" asserting that its warships sail through international waters.

The PLA said it had deployed naval and air forces to engage and track down the US destroyer. It was the first time a US warship had sailed through the South China Sea this year.