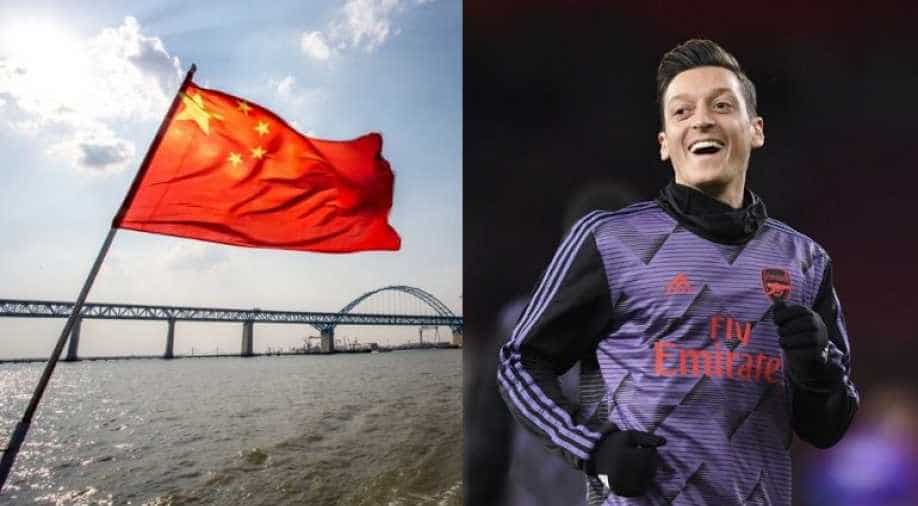 US secretary of state Mike Pompeo had waded into the controversy on Monday asserting that China cannot hide its 'gross human rights violations perpetrated against Uighurs.'

"The speech hurt the feelings of Chinese fans and violated the sports spirit of love and peace. We do not understand, accept or forgive this," it added.

In a social post last week, the ex-World Cup winning star  had said that in "east Turkistan, the bleeding wound of the Ummah, resisting against the persecutors trying to separate them from their religion. They burn their Qurans. They shut down their mosques. They ban their schools. They kill their holy men. The men are forced into camps and their families are forced to live with Chinese men. The women are forced to marry Chinese men."

"But Muslims are silent. They won’t make a noise. They have abandoned them. Don’t they know that giving consent for persecution is persecution itself?" the Arsenal star added.

US secretary of state Mike Pompeo had waded into the controversy on Monday asserting that China cannot hide its "gross human rights violations perpetrated against Uighurs."  Pompeo said China’s Communist Party propaganda outlets can censor Mesut Ozil and Arsenal games all season long, "but the truth will prevail".

"The CCP can’t hide its gross human rights violations perpetrated against Uighurs and other religious faiths from the world," the US secretary of state added. However, China's foreign ministry declared that Ozil's "judgment was influenced by untruthful remarks". Chinese foreign ministry spokesman invited Ozil to Xinjiang stating that he was "deceived by fake news".