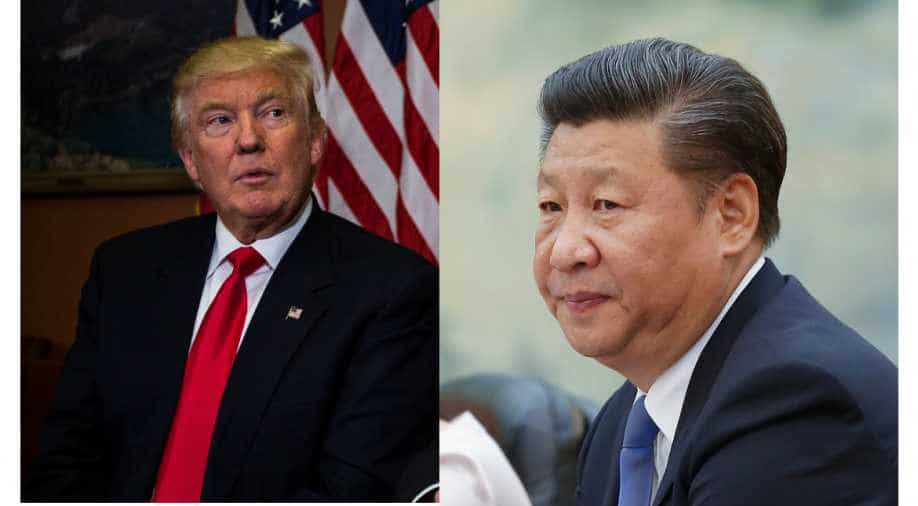 Before his election, Trump went as far as calling the Asian giant America's 'enemy', accused it of artificially lowering its currency to boost exports. Photograph:( Getty )

In a telephone call, Xi told Trump - who frequently savaged Beijing on the campaign trail and threatened to impose a 45-per cent tariff on Chinese-made goods - that the world's top two economies "need cooperation and there are a lot of things we can cooperate on", CCTV reported.

Xi and Trump "vowed to keep close contact, build good working relations, and meet at an early date to exchange views on issues of mutual interest and the development of bilateral ties", CCTV said.

Before his election, Trump went as far as calling the Asian giant America's "enemy", and accused it of artificially lowering its currency to boost exports, and pledged to stand up to a country he says views the US as a pushover.

He has vowed to pursue a policy of "peace through strength" and build up the US navy.

But he also indicated he is not interested in getting involved in far-off squabbles, and decried the proposed Trans-Pacific Partnership (TPP) free trade deal, which encompasses several other Asian countries and has been seen as an effort to bolster US influence, for costing American jobs.

CCTV cited Trump as saying in the call that China was a large and important nation that he was willing to work with and that he believed Sino-US relations could realise "win-win" benefits.

The phrasing used by the broadcaster attributed to the US president-elect is typical of Chinese diplomacy.

In a statement, Trump's office confirmed the call and said that "the leaders established a clear sense of mutual respect for one another".

Trump "stated that he believes the two leaders will have one of the strongest relationships for both countries moving forward", it added.

Trump's contrary and ambiguous positions have left a pall of uncertainty over how he will manage the relationship between the world's two largest economies and its biggest and most powerful militaries.

An editorial in the often nationalistic Global Times newspaper warned Monday that China would "take counter-measures" if Washington levied tariffs and said that "making things difficult for China politically will do him no good".

Beijing would use a "tit-for-tat approach" and target US autos, aircraft, soybeans, and iPhones. It also said that China could limit the massive number of students it sends to American schools.

Under President Barack Obama, Washington's foreign policy "pivot" towards Asia was viewed with alarm in Beijing, which saw it as an attempt to contain its growing geopolitical and economic might.

But Trump has offered no clear prescriptions for the strategic issues that plague ties between the two powers, from Beijing's territorial claims in the South China Sea to North Korea's nuclear programme and the future of Taiwan.

He has also indicated America has had enough of paying to defend allies such as Japan and South Korea, even suggesting they should develop their own nuclear weapons.

Mark Williams of Capital Economics previously said in a note that "if the US is less engaged in Asia, Beijing will have an opportunity to shape regional political and economic integration on its own terms".

That could include an Asia-focused trade agreement of its own that excludes the US, in the same manner that China was not part of TPP.

Something of a mirror image to the TPP, it includes six of the putative Washington-led grouping's 12 members.

It would encompass more than three billion people and Australian foreign minister Julie Bishop told media Thursday that if the TPP does fail, "then the vacuum that would be created is most likely to be filled by RCEP".

China's foreign ministry spokesman Geng Shuang said Monday that Beijing attaches "great importance" to its relationship with the US and will make "concerted efforts" to expand cooperation with the Trump administration.

Asked about Trump's vow to withdraw from the Paris climate change pact to cut greenhouse gas emissions -- which China and the US both ratified in September -- Geng stressed that the agreement "officially entered into force" this month.