China's new tanks so advanced, its soldiers don't know how to use them: Report 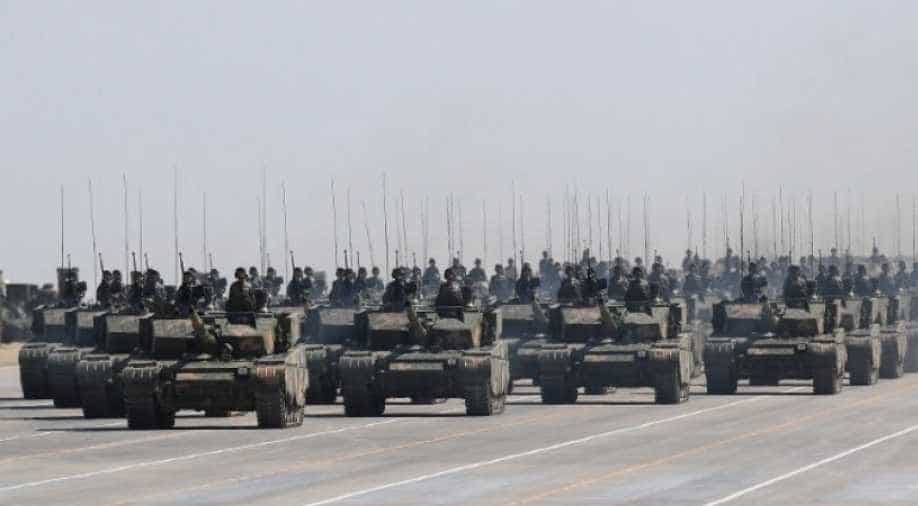 A formation of China's Type 99A tanks. Photograph:( AFP )

Recent reports in the Global Times newspaper and CCTV (China Central Television) said a Type 99A tank brigade had lost a 2018 mock battle to an adversary kitted out with older tanks.

China's new tanks are so advanced that its soldiers don't know what to do with them, reports emanating from China have said.

Recent reports in the Global Times newspaper and CCTV (China Central Television) said an elite combined-arms brigade driving the new Type 99A tank lost a 2018 mock battle to an adversary kitted out with older tanks.

The Type 99A tanks are digitalised and interconnected, and capable of striking enemies beyond visual range, the Global Times reported.

"However, the elite brigade was heavily suppressed during the exercise because of obsolete ways of thinking," it added.

"We rushed with the Type 99A too close to the frontline, which did not optimise the use of the tank's combat capability," the CCTV report quoted Xu Chengbiao, a brigade battalion commander, as saying.

"We only studied the capabilities of older tanks, but have not completely understood new ones," Zhao Jianxin, another battalion commander, said.

The Global Times quoted a Beijing-based military expert as saying, on the condition of anonymity, that weapons alone cannot win wars, as integrating the operator and weapon plays a very important role.

The Global Times quoted a Henan-based PLA officer, who is familiar with the matter but also refused to be named, that China has since been training more frequently with the Type 99A tank.

Military experts say China has been pushing out some impressive armoury in recent years. The Chinese Army's Type 99A battle tank, the air force's J-20 stealth fighter jet, and the navy's Type 055 guided missile destroyer are all considered world-class.