China reduces army by half, increases size of navy and air force in big way: Report 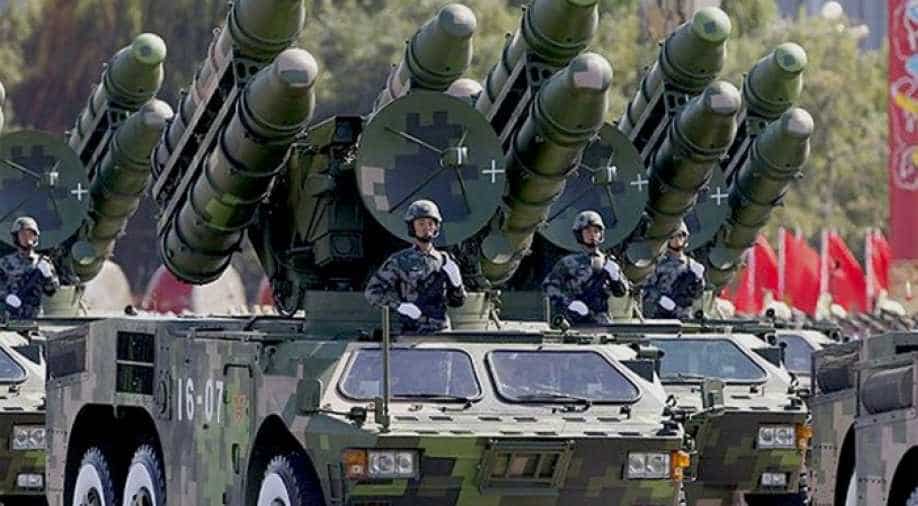 The expansion of the navy in the past few years was massive as China now has one aircraft carrier, another undergoing trial and third in making. Official media reports said China plans to have about five to six aircraft carriers.

China's military, the world's largest force, has cut the size of its land-based army by about 50 per cent and significantly boosted its navy and air force as part of an "unprecedented" strategic shift designed to transform the People's Liberation Army (PLA) into a comprehensive modern force.

In a feature report highlighting the "transformational changes" made by the PLA, Xinhua on Sunday said "this new data is unprecedented in the history of the PLA – the army now accounts for less than 50 per cent of the total number of PLA troops; almost half of our non-combatant units have been made redundant, and the number of officers in the PLA has been reduced by 30 per cent."

In the last few years, the PLA has downsized its military by retrenching three lakh troops under the military reforms initiated by President Xi Jinping. But it still remained the world's largest military with two million personnel in the ranks.

The statement indicated that the four other branches of the PLA – the navy, air force, rocket force and strategic support force, which is responsible for areas such as cyber warfare - now together make up more than half of the Chinese military, overtaking the army, which has traditionally been the dominant unit of the PLA.

The expansion of the navy in the past few years was massive as China now has one aircraft carrier, another undergoing trial and third in making. Official media reports said China plans to have about five to six aircraft carriers.

Shanghai-based military analyst Ni Lexiong said the overhaul marked a significant strategic shift from having a homeland-based defensive force to one with the capacity to allow Beijing to flex its muscles beyond its national borders and to protect its interests overseas.

Ni told the Post that it also means that branches such as the navy, air force and missile units can now play a bigger role in the event of conflict by fighting enemy forces beyond China's borders.

He explained that modern warfare puts a greater emphasis on superiority in areas such as the air, space and cyberspace – further reducing the importance of the ground force.

"The Chinese military used to... operate following the model established in the second world war.

"It had to be reformed and optimised to meet the pressing needs of the changing times and this is the purpose of the overhaul," Ni said.

"In the old set-up, the PLA had too many officers. In this overhaul, all these officers must find new positions and adapt or they will be made redundant," he added.

The Chinese military currently has five independent branches, including the army, navy, air force, rocket force – the strategic and tactical missile operator – and strategic support force, which is in charge of cyber, space, and electronic warfare.

The last two were established three years ago as President Xi stepped up efforts to modernise the military.

The PLA Army, founded in 1927 as the Red Army of China, was the key to the Chinese Communist Party's victory in the civil war in 1949 and maintained its dominance within the military throughout 10 major overhauls between 1950 and 2005.

The PLA had no navy or air force until 1949 and the PLA Rocket Force, first known as 'the Second Artillery Corps', was founded in 1966.