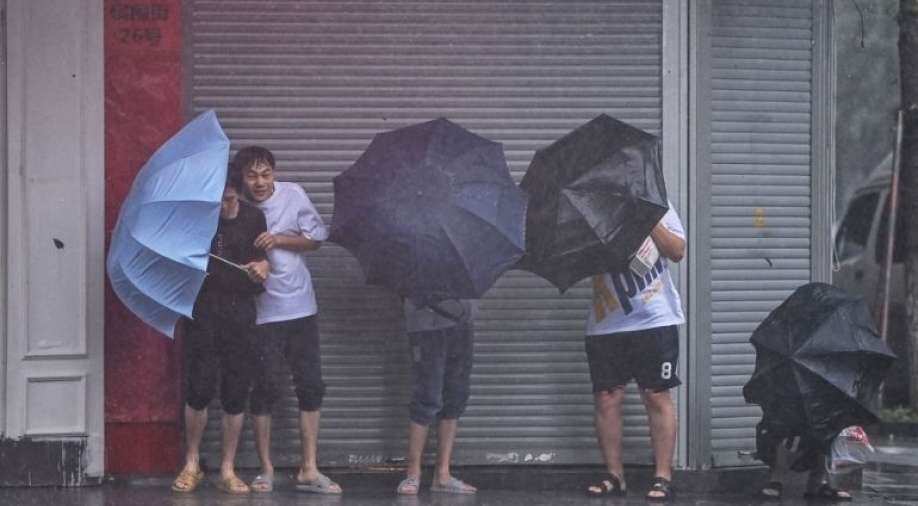 People seek shelter from the rain and wind along a street in Ningbo on Sunday, as Typhoon In-Fa lashes the eastern coast of China. Photograph:( AFP )

Chinese authorities have issued alerts for a possible typhoon in the south, as well as for geological disasters triggered by heavy rainfall in parts of the northern and western regions.

A tropical depression in the sea area southeast of Wanning, Hainan Province, is likely to move northwestward and strengthen into a typhoon on Friday, according to the National Meteorological Centre (NMC).

The NMC expected the typhoon to make landfall on the eastern coast of Hainan between Friday evening and Saturday morning, reports Xinhua news agency.

Also Read | Children will have to face more climate disasters than their grandparents, says study

Until Friday evening, gales and rainstorms are likely to hit areas including parts of the South China Sea, the island of Hainan and the coast of Guangdong province, the observatory said.

The Ministry of Natural Resources and the China Meteorological Administration on Thursday issued an alert for geological disasters triggered by heavy rainfall in parts of the northern and western regions.

Authorities warned of relatively high risks of geological disasters in parts of Shanxi, Sichuan, Shaanxi and Gansu from 8 pm. Thursday to 8 p.m. Friday.

Local residents have been advised to take precautions, especially in areas with hidden geological dangers