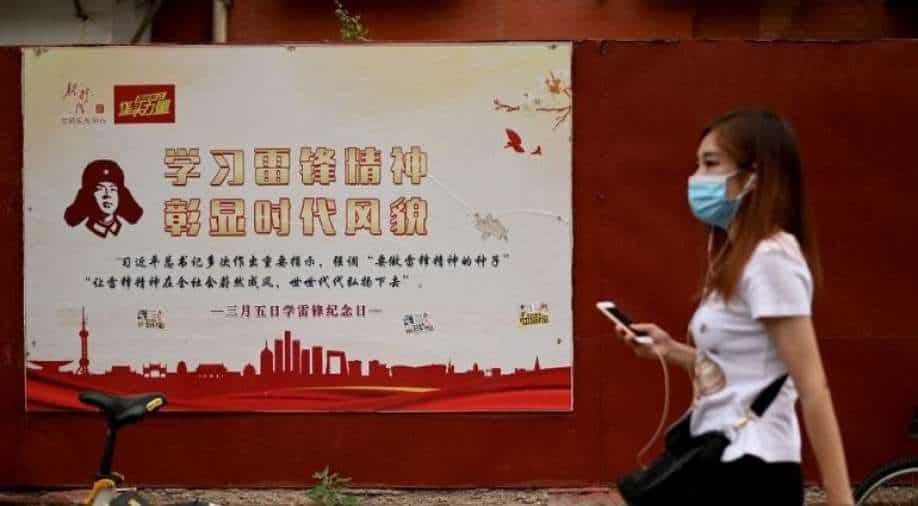 The Chinese Communist party has not just stopped at billboard and digital screens. On the occasion of its 100th anniversary, a movie will also be released next month that will concentrate on the party’s foundation

A little before the 100th birthday of China’s ruling Communist Party, banners and billboards have started popping out around the country, demanding ‘civilised’ behaviour from residents.

With slogans such as "Listen to the party, appreciate the party, follow the party", several large-sized billboards have been put up along the roadside all around the country.

These billboards have a huge "100" written in red and show the Communist Party’s sign, hammer and sickle, and hang on busy roads and near the main retail stores.

The government is going out of its way to make sure that when the party with more than 91 million members starts celebrations for its 100th birthday, there is no hiccup or ‘disobedience’ from the residents.

"Build a civilised image everywhere, let's all be civilised citizens," a banner reads. Other billboards encourage locals to “learn the Lei Feng spirit” with a picture of Lei Feng, one of China’s most famous and 'ideal' soldiers, plastered over the billboard.

In places where billboards were failing to catch attention, the Communist Party has installed large digital screens that broadcast a bright red theme with continuous images of troops of the People’s Liberation Army in their helmets and bayonets. This imagery goes with a text that reads, "Raise a new generation of spirited, capable, courageous and morally upright revolutionary soldiers".

The party has not just stopped at billboard and digital screens.

A movie will also be released next month that will concentrate on the party’s foundation, and to make sure it is a huge success, the authorities have managed to rope in the big names of the Chinese entertainment industry.