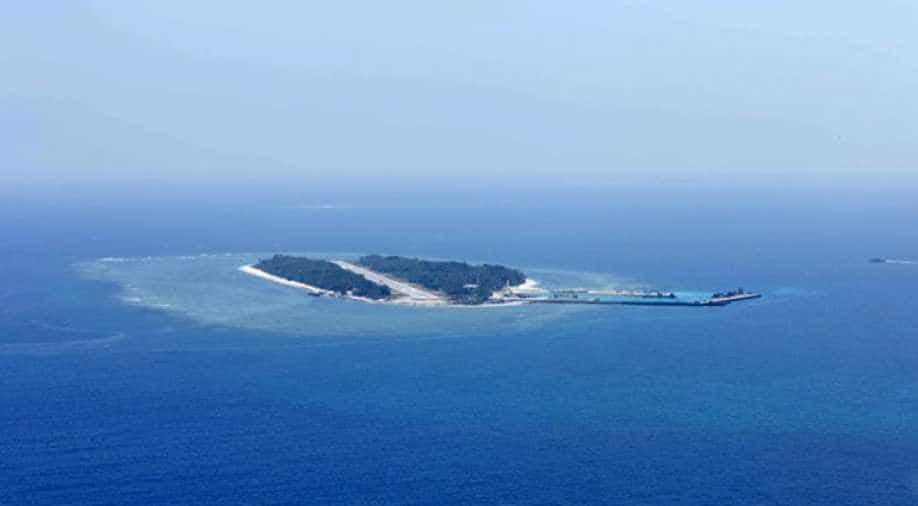 Beijing says its right to carry out 'normal activities' in its sovereign territory in the South China Sea is 'indisputable.' Photograph:( AFP )

China said on Thursday that it has the right to carry out "normal activities" in its sovereign territory, after US President-elect Donald Trump's nominee for secretary of state said China should be barred from the South China Sea islands.

Rex Tillerson told his confirmation hearing on Wednesday (Janaury 11) before the US Senate Foreign Relations Committee that China's building of islands and putting military assets on those islands was "akin to Russia's taking Crimea" from Ukraine.

Asked whether he supported a more aggressive posture toward China, he said: "We're going to have to send China a clear signal that, first, the island-building stops and, second, your access to those islands also is not going to be allowed."

When asked repeatedly about Tillerson's comments on blocking access to islands, China's foreign ministry spokesman Lu Kang said he couldn't make any guesses as to what Tillerson was referring to and would not answer hypothetical questions.

China's right to carry out 'normal activities' in its sovereign territory in the South China Sea is 'indisputable', Lu spoke at a daily briefing on Thursday.

"We hope the countries outside the region can respect this consensus that in line with the common interests of regional countries and the world," Lu added.

The former Exxon Mobil Corp chairman and chief executive did not elaborate on what might be done to deny China access to the islands it has built up from South China Sea reefs, equipped with military-length airstrips and fortified with weapons.

Trump's transition team did not immediately respond to a request for specifics on how China might be blocked from the artificial islands.

China claims most of the energy-rich waters through which about $5 trillion in ship-borne trade passes every year. Neighbours Brunei, Malaysia, the Philippines, Taiwan and Vietnam also have claims.