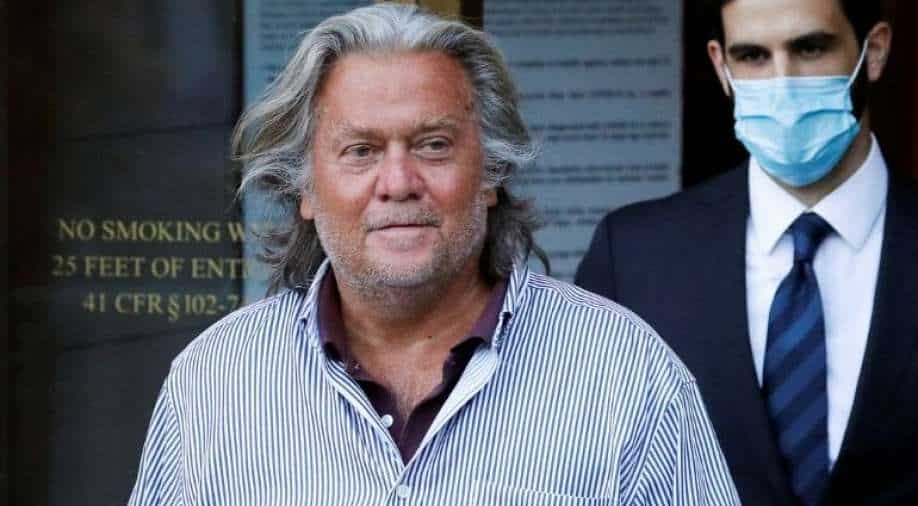 If convicted, Steve Bannon could face a fine and up to one year in prison

The US committee investigating the Capitol riot has voted to recommend criminal prosecution against Donald Trump’s former chief strategist Steve Bannon after he refused to testify before the committee relating to their inquiry into the January 6 insurrection.

The US House of Representatives committee approved the contempt of Congress unanimously on Monday, sending the report to the Democratic-controlled House, which is expected on Thursday to authorize the panel to go to court to punish Bannon for his non-compliance.

If the full chamber approves the matter, it would be referred to the justice department, which has the final say on bringing charges.

If convicted, Bannon could face a fine and up to one year in prison.

“It is essential that we get Mr Bannon’s factual and complete testimony in order to get a full accounting of the violence of January 6th and its causes,” Guardian quoted Bennie Thompson, the chairman of the select committee, as saying.

“Bannon will comply with our investigation or he will face the consequences. We cannot allow anyone to stand in the way of the select committee as we work to get to the facts. The stakes are too high,” he said.

According to experts, this process is rarely invoked and rarely leads to jail time. However, the House's pursuit of criminal charges may be more about making an example out of Bannon and sending a message to other potential witnesses.

Former US president Trump had urged former aides to reject the House committee's requests, claiming the right to withhold information because of executive privilege —a legal provision that protects many White House communications.

He filed a lawsuit on Monday seeking to block the House inquiry from obtaining records from the US National Archives.

In August, the committee had requested that the National Archives, which is the custodian of the Trump White House’s records, submit a long list of records from the former President`s time in office and the aftermath of the Capitol riot.

The request is part of the panel's ongoing and intensifying investigation into how a mob of Trump's supporters breached the Capitol on January 6 trying to stop a Congressional joint session from certifying the 2020 presidential election result.