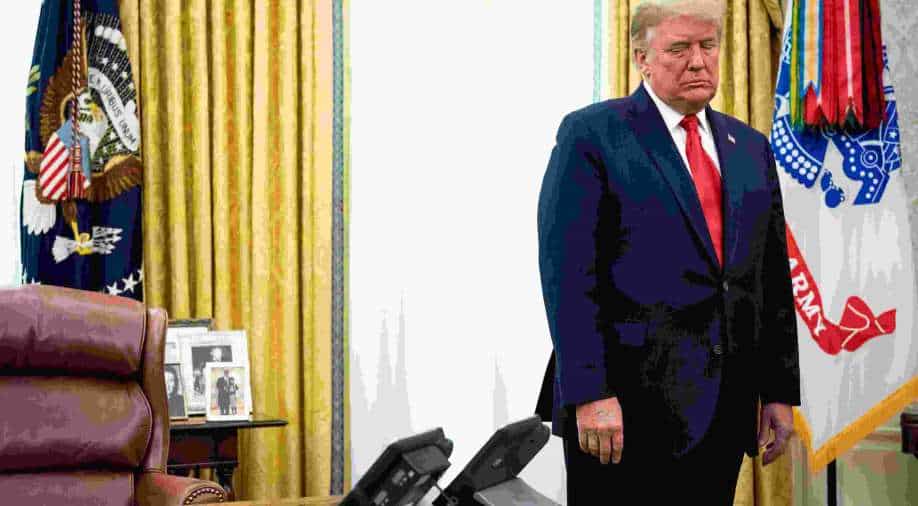 Donald Trump has been accused of motivating his supporters to 'fight' his election defeat, which then led to a violent riot in the US Capitol

The former US President Donald Trump's lawyers have declined a request from Democrats to testify at his impeachment trial, which is scheduled in the US Senate next week.

Trump's lawyers have dismissed the invitation as a "public relations stunt". This rejection of invitation has come as the Democrats in the House of Representatives have accused Trump of inciting violence after motivating his supporters to march to the US Capitol and interfere the process of declaring Joe Biden as the next President.

He has been accused of motivating his supporters to "fight" his election defeat, which then led to a violent riot in the US Capitol and death of five people, including a Capitol police officer.

"The president will not testify in an unconstitutional proceeding," Trump's adviser Jason Miller said.

His legal team has also rejected the impeachment charges and have once again asserted Trump's claims of his election defeat being a direct result of voter fraud — that Trump has failed to prove.

In an open letter to the former TV star, Trump, and his attorneys, the Democratic lawmaker Jamie Raskin had invited the team to provide testimony under oath.

"If you decline this invitation, we reserve any and all rights, including the right to establish at trial that your refusal to testify supports a strong adverse inference regarding your actions (and inaction) on January 6, 2021," Raskin wrote in the letter.

Trump's attorney, Bruce Castor, however, said his client has the right to reject this invitation.

"The burden is on the House to prove their case," he said. "I’m not going to help them meet their burden."