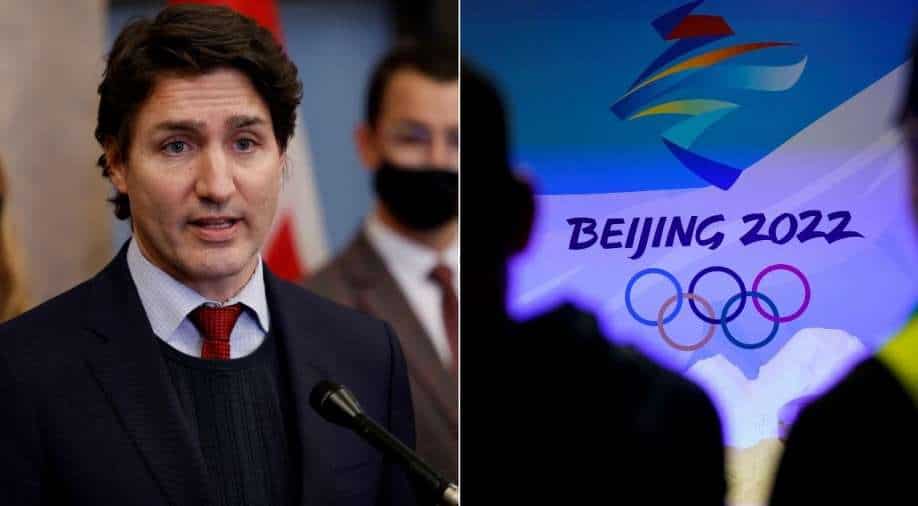 After the United States, Australia and the United Kingdom, Canada now announced a diplomatic boycott of the 2022 Beijing Winter Olympics, scheduled to be held between February 4 to February 20 next year.

Justin Trudeau, the Prime Minister of Canada said that the nation remains "deeply disturbed" by reports of human rights violations in China which is the reason why the country will not send any diplomatic representatives to the event.

In a news conference, PM Trudeau said, "As many (of our) partners around the world, we are extremely concerned by the repeated human rights violations by the Chinese government."

"That is why we are announcing today that we will not be sending any diplomatic representation to the Beijing Olympic and Paralympic Games this winter," he added.

However, just like the above-mentioned countries, Canada will also send athletes to the Games. "Regarding the safety of our athletes, I can assure you that everything will be done by Canada and our allies to ensure that our athletes can focus on one thing and one only […]: representing Canada well and winning. Their job is to do that," Trudeau said.

Meanwhile, Foreign Minister Melanie Joly said Canada needed to send a strong message to Beijing. In the conference, Joly said, "We have several countries in the world sending a clear message to China that human rights violations [are] unacceptable. That's why we work at the diplomatic level together. That's why we work in coalition."

In a press release, the Canadian Olympic and Paralympic Committees (COC) said respected the Trudeau government's decision. "This announcement makes an important distinction between athlete participation and government officials' participation in the Games. History has shown that boycotting athletes only hurts athletes without creating significant changes," COC said.

Recently, Canada's relations with Western countries are worsening over a range of issues as China has been facing criticism over reported genocide and crimes against humanity in Xinjiang and other human rights abuses.

If we talk about Canada-China ties, the relations deteriorated over Beijing's detention of two Canadian nationals in response to Canada's arrest on a US warrant of Meng Wanzhou, the daughter of Huawei's founder. All three were released and repatriated in September.