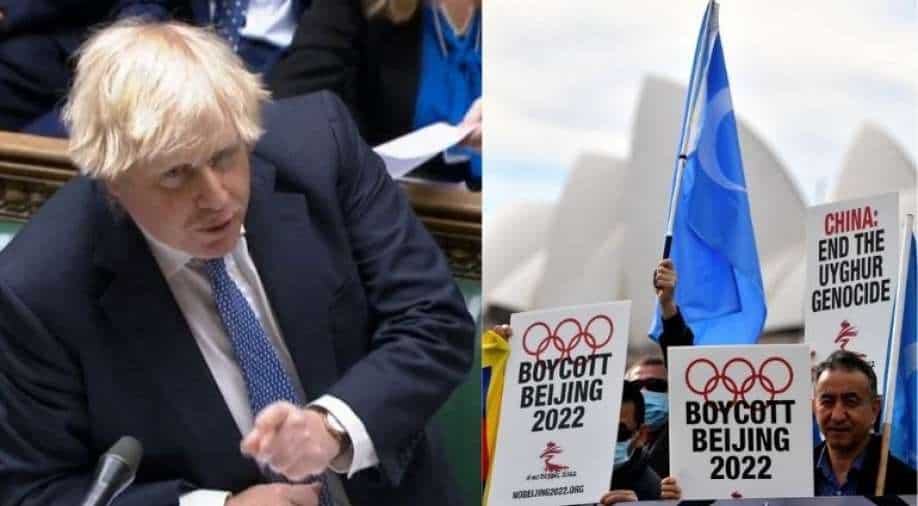 British Prime Minister Boris Johnson said Wednesday the UK would diplomatically boycott the Winter Olympics being held in Beijing in February by not sending any ministers to the global event.

"There will be effectively a diplomatic boycott of the Winter Olympics in Beijing," Johnson told MPs when asked about the issue in parliament.

Johnson said he typically did not support "sporting boycotts", but revealed there were no plans for government ministers to attend the games over alleged human rights abuses by China.

"I do not think that sporting boycotts are sensible -- that remains the policy of the government," he added.

The UK move follows similar steps by other Western countries, with Australia on Wednesday also announcing it would join the United States in a diplomatic boycott of the Games.

The allies have a growing discord with China over a slew of issues that has plunged relations into the most serious crisis since the Tiananmen Square crackdown in 1989.

They include human rights abuses in Xinjiang and a crackdown on pro-democracy groups in Hong Kong, a former British colony returned to Chinese rule in 1997.