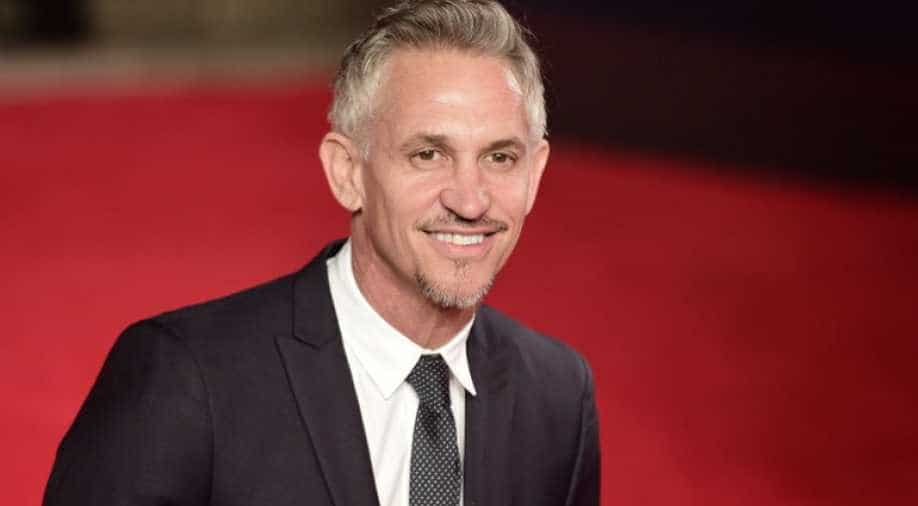 Having spent his football career at centre-forward, Gary Lineker's outspoken stance in the aftermath of Britain's Brexit referendum has seen him proclaimed as the country's most prominent left-winger.

Lineker, renowned as English football's Mr Nice during his playing days, said he was "ashamed of my generation" after Britain voted to leave the European Union on June 23.

Lineker's Twitter posts have been attacked by centre-right tabloid The Sun, which has labelled him a 'leftie luvvie' and called for him to lose his high-profile BBC presenting job for not being impartial

centre-right tabloid The Sun, which has labelled him a "leftie luvvie" and called for him to lose his high-profile BBC presenting job for not being impartial.

But people have rallied to the former England striker's defence on social media, with some mischievously dubbing him "the Leader of the Opposition".

"I didn't do this to start some sort of campaign, although it's turned out that way," Lineker told AFP.

Lineker, who has 5.38 million Twitter followers, describes his politics as "humanitarian", rather than left-wing, but it has not stopped him becoming an unlikely poster boy for Britain's centre-left.

The actual leader of the opposition, Jeremy Corbyn, is fighting to appease rival factions in the Labour Party and has been criticised for not being more vocal in his attacks on the Conservative government.

"We tend to assume footballers are a bit on the conservative side, or they're completely stupid and apolitical, and here's Gary Lineker saying all this," says Steven Fielding, Professor of Political History at the University of Nottingham.

Lineker, 55, was renowned for his squeaky-clean image during a distinguished playing career in which he scored 48 goals for England and did not receive a single booking.

Since retiring in 1994, he has been best known for advertising a popular brand of crisps and fronting the BBC's long-running 'Match of the Day' football highlights programme.

But in Britain's polarised post-Brexit political climate, his confrontational comments have attracted the ire of the right-wing media, which has begun to publish critical stories about his private life.

The former Leicester City, Barcelona and Tottenham Hotspur player has described the support he has received on social media as "overwhelming".

Lineker's pronouncements are unusual, as British footballers tend to be reluctant to discuss political matters.

Asked how he felt about Brexit on the day the historic result was announced, Tottenham and England striker Harry Kane confessed: "I don't think any of us know too much about it to comment on it."

While Britain's footballers are overwhelmingly drawn from working-class communities, traditionally seen as bastions of Labour support, few openly align themselves with left-wing politics.

One of the rare exceptions, former Newcastle United midfielder Joey Barton, described Premier League footballers as "pretty uniformly right wing" in his recent autobiography due to their vast wealth.

Lineker is yet to fully outline his own political views (and politely declined an opportunity to do so for this article), but he has emerged as an improbable figurehead.

"He manages to articulate the nub of the issue in a way that the Labour Party is not doing," says Philip Cowley, professor of politics at Queen Mary University of London.

"What he has done is give heart to people who voted Remain, sit on the left, are socially liberal and didn't like the referendum result.

"They're a decent-sized minority and they feel slightly disenfranchised because they don't quite know who to vote for. There is no obvious champion. He cheers them up and gives them a bit of hope."