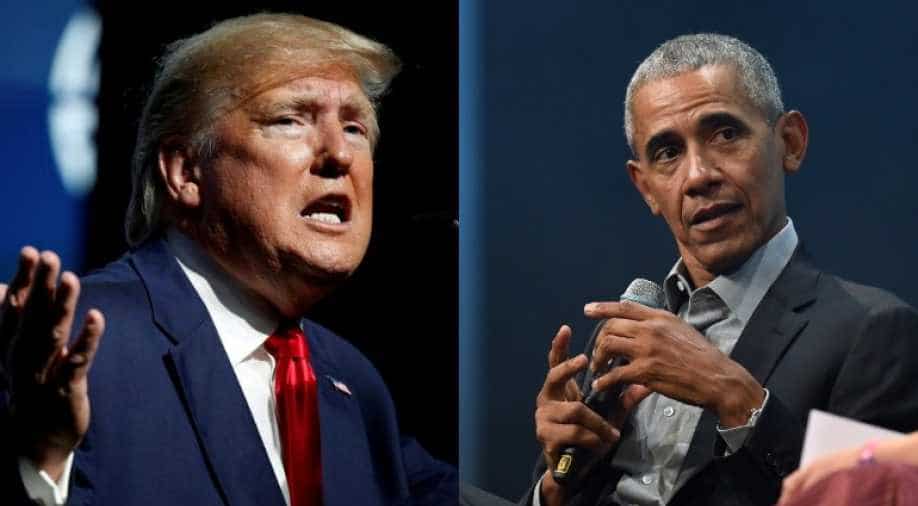 In 2011, Donald Trump claimed through a video that President Barack Obama (Ex-US President) will start a war with Iran as he doesn't have another option because he is weak now." That video of 2011 resurfacing on the internet as it has been claimed by some that present U.S. President Donald Trump is trying out the same method. Is it his hypocrisy that has been revealed? #USElection #US #DonaldTrump #Iran #Iraq #QasemSoleimani #WION
Follow Us

In the video which came out in 2011, Trump said that then-president Obama will start a war with Iran because of his inability to negotiate and in order to get reelected.

After the escalation of tensions between the United States and Iran and at a time when World War 3 is trending on Twitter, an old video of US President Donald Trump has resurfaced where he accused his predecessor Barack Obama of starting a war with Iran.

In the video which came out in 2011, Trump said that then-president Obama will start a war with Iran because of his inability to negotiate and in order to get reelected.

"Our president will start a war with Iran because he has absolutely no ability to negotiate. He's weak and he's ineffective. So the only way he figures that he's going to get reelected and is sure as you're sitting there is to start a war with Iran." pic.twitter.com/Ad6IPLhOWg

Ironically, concerns were raised of war after the strained ties between Washington and Tehran became even worsened after the killing of former Qasem Soleimani by a US drone strike.

Soleimani was a much-revered figure in Iran and its adjoining region and the pro-Iranian factions are threatening of attacking US missiles across Iraq after his killing.

Trump has been extremely critical of Obama's policies and in 2018 pulled out of former US President's nuclear deal with Iran and imposed sanctions on the Islamic Republic. China, Russia, Europeans were the other parties of the nuclear pact that limited Iran to extract uranium and in return avoided sanctions.