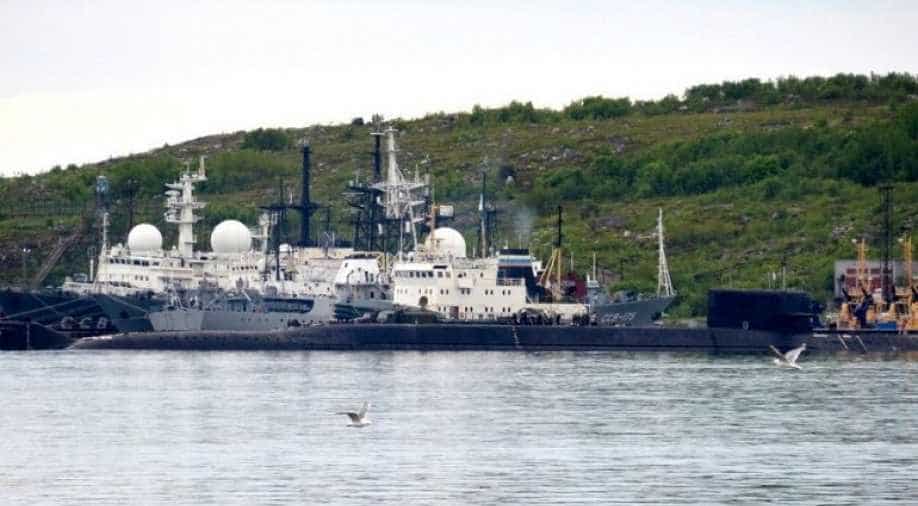 In response, China may step up its military modernisation, especially in technology able to stymie the submarines. And by confirming the Biden administration’s determination to take on Chinese power in Asia, the new weapons deal may tilt other big military spenders like India and Vietnam into accelerating their own weapons plans

China is swelling into a military superpower. India, Vietnam and Singapore are spending more on defense. Japan is leaning to do the same. Now Australia, backed by the United States and Britain, has catapulted the military contest with Beijing in Asia into a tense new phase.

Their deal last week to equip Australia with stealthy, long-range nuclear-powered submarines better able to take on the Chinese navy could accelerate an Asian arms buildup long before the submarines enter service.

In response, China may step up its military modernisation, especially in technology able to stymie the submarines. And by confirming the Biden administration’s determination to take on Chinese power in Asia, the new weapons deal may tilt other big military spenders like India and Vietnam into accelerating their own weapons plans.

Countries trying to stay in the middle, like Indonesia, Malaysia and others, face a potentially more volatile region and growing pressure, as Australia did, to choose sides between Washington and Beijing.

“The picture is one of three Anglo-Saxon countries drumming up militarily in the Indo-Pacific region. It plays to the narrative offered by China that ‘outsiders’ are not acting in line with the aspiration of regional countries,” said Dino Patti Djalal, a former Indonesian ambassador to the United States. “The worry is that this will spark an untimely arms race, which the region does not need now, nor in the future.”

The submarines will not hit the water for at least a decade. But the geopolitical waves from their announcement have been instant, while giving Beijing time to marshal opposition among Asian neighbours and plot military countermoves.

Japan and Taiwan, both strong US allies, quickly endorsed the security agreement.

Other Asian governments have, through their remarks or silence, signified misgivings or apprehension about riling China. Many leaders in Southeast Asia want the United States to remain a security mainstay, said Ben Bland, director of the Southeast Asia program at the Lowy Institute in Sydney.

“But they also fear that the increasingly strident approach taken by the U.S. and allies such as Australia will push China to respond in kind,” he said, “driving a cycle of escalation that is centred on Southeast Asia but disregards Southeast Asian voices.”

Even before the deal, some governments had deployed new ships, submarines and missiles, at least partly out of worry about China’s rapid military buildup and contentious territorial claims. China accounts for 42% of all military spending across Asia, according to the International Institute for Strategic Studies.

Japanese policymakers have begun to publicly consider increasing military spending beyond 1% of its gross domestic product, a cap that the country has maintained since the 1970s. South Korea, focused on the threat from North Korea, has increased its defence budget by 7% a year on average since 2018.

India has ratcheted up military spending as tensions with China have risen, though the economic hit from the coronavirus may slow that trend.

Indian plans to acquire another 350 locally assembled military aircraft in the next two decades, its air force chief said this month. Japan is working on hypersonic missiles that could threaten Chinese naval ships in a conflict. Taiwan, the self-governed island that China regards as its own territory, has proposed a $16.8 billion military budget for next year, including $1.4 billion for more jet fighters.

The Biden administration promises to help Asian nations counter China’s military buildup, something the new agreement with Australia highlights. That agenda is likely to be discussed in the White House this week when President Joe Biden hosts other leaders from the “Quad,” the grouping that includes Australia, Japan and India.

“China is the pacing threat that we have to be concerned about, not only today, but also in the near term and in the long term,” Gen. John Hyten, vice chairman of the U.S. Joint Chiefs of Staff, said at an event for the Brookings Institution last week.

But many governments across Asia, especially in Southeast Asia, hope to avoid having to make the same choice that Prime Minister Scott Morrison of Australia made last week in declaring a “forever partnership” with the United States.

India, which has veered between border clashes with China and efforts to patch up ties with its neighbour, has been muted about the agreement. So has South Korea, which wants to keep steady relations with Beijing while it focuses on potential conflict with North Korea.

Lee Hsien Loong, the prime minister of Singapore, a city-state with good ties to both Beijing and Washington, diplomatically told Morrison that he hoped “the partnership would contribute constructively to the peace and stability of the region,” the Straits Times reported.

Outwardly, Australia’s plan to eventually build at least eight nuclear-powered submarines might seem to make little difference to China’s calculus. With about 360 vessels, the Chinese navy is the biggest in the world by number, and has around a dozen nuclear-powered submarines. Its nuclear submarine fleet is likely to grow to 21 by 2030, according to the U.S. Office of Naval Intelligence.

The US Navy has about 300 vessels, including 68 submarines, all of them nuclear. Even if Australia is relatively swift and efficient, not traits that have marked its submarine acquisitions over the decades its first nuclear-powered submarines may not be commissioned until later in the 2030s.

Positioning the hard-to-track submarines closer to seas near China, Japan and the Korean Peninsula could be a powerful deterrent against China’s military, said Drew Thompson, a former Pentagon official responsible for relations with China.

“The Middle East wars have ended,” said Thompson, now a visiting senior research fellow at the National University of Singapore. “We are in an interwar period, and the next one will be a high-end, high-intensity conflict with a near-peer competitor, probably involving China, and most likely in northeast Asia.”

After condemning the submarine agreement last week, the Chinese government has said little else. But China’s leaders and military planners are sure to consider military and diplomatic countermoves, including new ways to punish Australian exports, already hit by bans and punitive tariffs as relations soured in the past few years.

Beijing can also accelerate efforts to develop technologies for finding and destroying nuclear-powered submarines well before Australia receives them. Most experts said a technological race was more likely than a generalised arms race. China’s output of new naval ships and fighter planes is already rapid. Its anti-submarine technology is less advanced.

Nearer term, Chinese officials may step up efforts to marshal regional opposition to the submarine plan and the new security grouping, called AUKUS, for Australia, the United Kingdom and the United States.

“If you’re China, this also makes you think, ‘Well, I better get ahead of this,’” said Elbridge Colby, a former deputy assistant secretary of defence in the Trump administration. “If Australia takes this big step, then Japan could take a half step, and Taiwan takes a half step, and then India and then maybe Vietnam.”

But Beijing has created its own high barriers to winning support from neighbours. China’s expansive, uncompromising claims to waters and islands across the South China Sea have angered Southeast Asian countries. Beijing is also locked in territorial disputes with Japan, India and other countries.

“This AUKUS agreement very vividly shows that East Asia has become the focus of United States global security strategy,” said Zhu Feng, a professor of international relations at Nanjing University in east China. “It’s a reminder to China that if we can’t ease tensions with neighbours over the South China Sea and East China Sea, the US will continue trying to take advantage of this tension.”