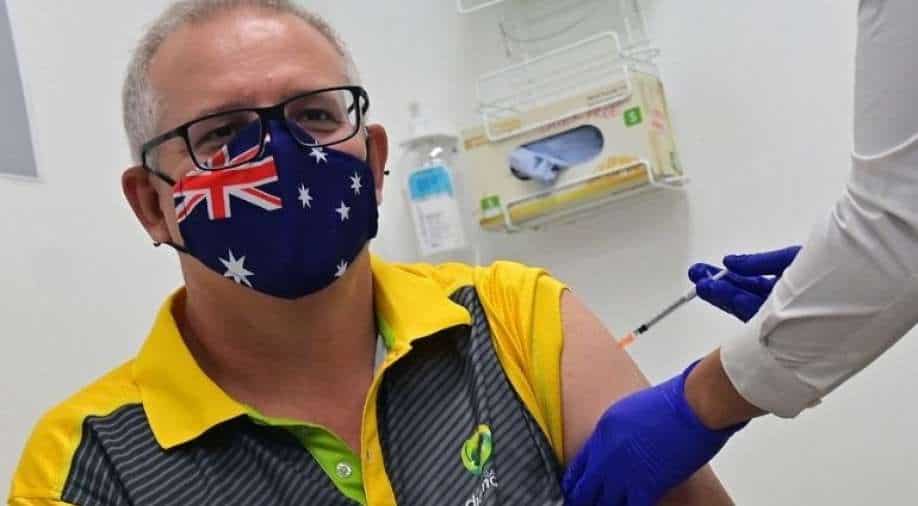 Australia has authorised the Pfizer-BioNtech vaccine against coronavirus. However, the approval has met with some criticism from a handful of locals

A day after New Zealand, Australia has started its mass vaccination programme on Sunday with Prime Minister Scott Morrison getting a jab.

Jane Malysiak, a World War II survivor, was the first one to get the jab in a medical centre in Sydney's northwest.

"She's taking part in what is a very historic day for our country," Morrison appreciated her efforts and courage.

Sunday's programme kickstarted with a small group of aged individuals along with a few selected top government officials getting the first jabs of the vaccine.

"Tomorrow our vaccination programme starts, so as a curtain-raiser today we're here making some very important points -- that it's safe, that it's important, and we need to start with those who are most vulnerable and are on the front line," said Morrison, who was one of the first few to receive the jab.

Australia has authorised the Pfizer-BioNtech vaccine against coronavirus. However, the approval has met with some criticism from a handful of locals.

The 'curtain-raiser' of the vaccination programme comes a day after thousands of anti-vaccination demonstrators marched on the streets of a few of the major cities of Australia urging the government to cancel the approval of the Pfizer vaccine.

Saturday's demonstrations against the Pfizer vaccine had also led to several protestors in Melbourne being arrested by the local police department, local media channels reported.

Several surveys have also revealed that nearly 22 per cent of Australians have refused to get a jab of the coronavirus vaccine.

While the country has been relatively successful in handling the deadly pandemic, locals have been subjected to repetitive snap lockdowns in various cities as small clusters come and go in localities.

The Australia government has also approved the Oxford-AstraZeneca vaccine against coronavirus but has not yet started administering it in the medial centres.