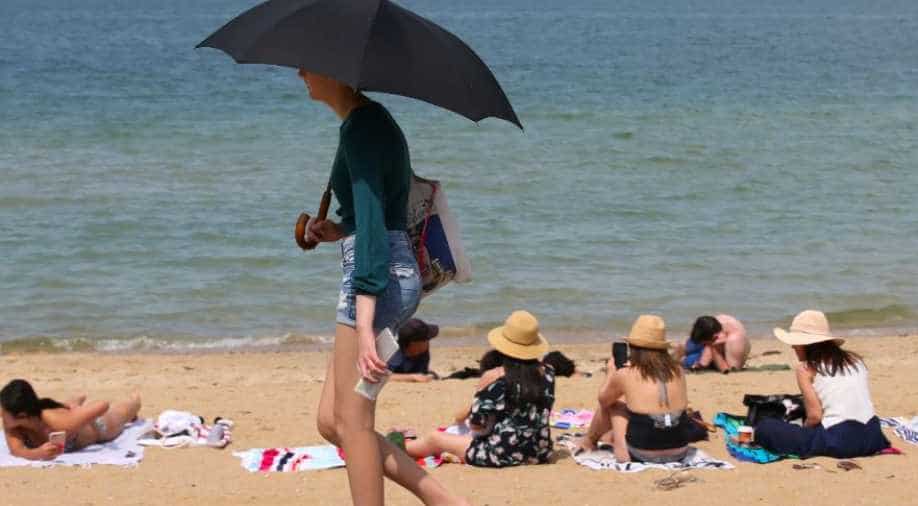 Before this, Australia suffered its hottest day in the year 2013 'when the average maximum temperature across the continent was 40.30 ºC,'

Reeling from deadly bushfires and heatwaves, Australia recorded its hottest day ever on Tuesday at a high of 40.9C (105.6F).

In its release on Tuesday, Australia's Bureau of Meteorology (BOM) said that temperatures in South Australia will begin to rise and "will continue to build in the coming days, pushing east into Victoria and New South Wales over the course of the week".

Many areas are expected to experience "severe to extreme heatwaves this week," the BOM website mentioned.

"For many areas, severe to extreme heatwave conditions will be felt, so it's important people follow the advice of health authorities, stay up to date with the latest forecasts and warnings from the Bureau and remember to check in on any vulnerable family and friends," Bureau meteorologist Sarah Scully said.

Before this, Australia suffered its hottest day in the year 2013 "when the average maximum temperature across the continent was 40.30 ºC," the website stated.

Oodnadatta, a South Australian town, is expected to record peak temperatures of 47 Celsius (116.6 Fahrenheit) as predicted by the Bureau of Meteorology (BOM). According to the forecast, the town will become one of the hottest places on Earth.

The unrelenting heat in Oodnadatta, forecast to repeat every day for at least the next week, is expected to fall just shy of the 50.7C (123.26F) temperature recorded there in 1960, a long-standing national record, news agency Reuters reported.

For weeks, Australia is battling hot weather which is fuelling fires that have destroyed many homes and taken a toll on the wildlife.

Fire authorities in New South Wales (NSW) said on Wednesday there were 100 fires, half of them not contained.