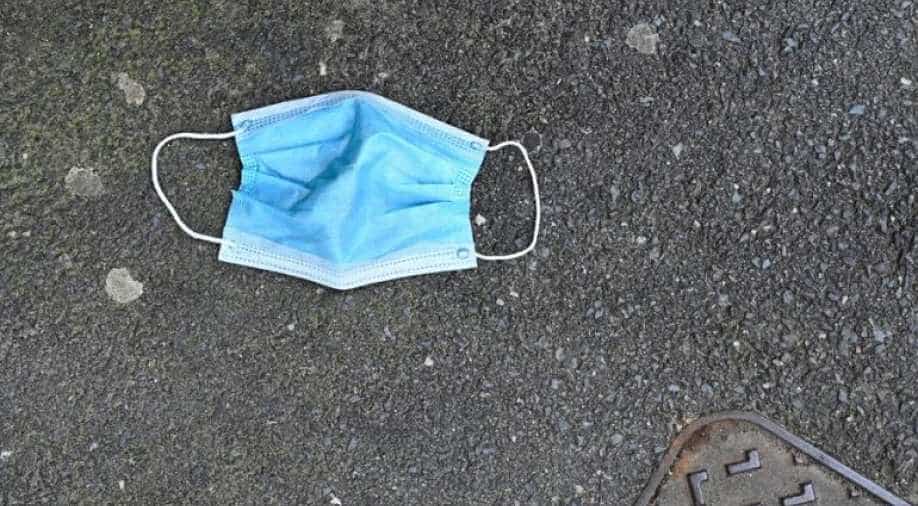 A protective face mask thrown in the street is pictured on June 9, 2020 in Rennes western France. Photograph:( AFP )

The study, which took into account over 20 factors ascertained how air pollution in one particular area causes more infections, and also more admissions and deaths in hospitals

Could air pollution be contributing to a spike in the number of COVID-19 infections? This analysis claims there is “compelling” evidence.

The study, which took into account over 20 factors ascertained how air pollution in one particular area causes more infections, and also more admissions and deaths in hospitals.

Any long-term exposure to polluted air can trigger over a 10 per cent spike in infections, and over 15 per cent increase in the number of COVID-related deaths.

Also read: Surge in deaths due to HIV, tuberculosis and malaria amid coronavirus pandemic: Study

Co-morbidities have a major role to play in the fatality of most coronavirus cases. The researchers took into account factors like age, obesity, household size, population density, occupation, etc.

The study, based mostly in the Netherlands corroborates the evidence of infection rates and its link to pollution from Europe, the US, and China. It is in fact fundamentally very different from the Euro-centric studies, for most pollution in the Netherlands takes place not in big cities, but in the suburbs, where most livestock farming takes place.

Also read: Mystery as Argentine sailors infected with virus after 35 days at sea

This cancels out the commonly held belief that high air pollution and cityscapes go hand-in-hand. According to scientists, this could help identify and contain cases in potential hotspots, where the pollution levels are the highest.

The basic rationale behind this is the fact that air pollution could make even minor cases fatal, for it inflames the lungs and adds on to respiratory woes, which may get complicated after long-term exposure to pollution coinciding with one contracting the deadly virus.

The research was undertaken by a group of scientists at the University of Birmingham in the United Kingdom, and has been reviewed by independent scientists.

The team was able to find a “positive relationship” between air pollution and coronavirus cases.

A similar study earlier undertaken by Harvard University had claimed how an eight per cent increase in COVID-related deaths could be attributed to a single-unit increase in the fine particle pollution.

The researchers also took into account the “Netherlands carnival”, where people meet in the livestock farming regions. It is here that the number of coronavirus infections remain the highest, probably due to the high levels of ammonia emitted by the animals.

They also looked at factors like smoking, average income, and education level.