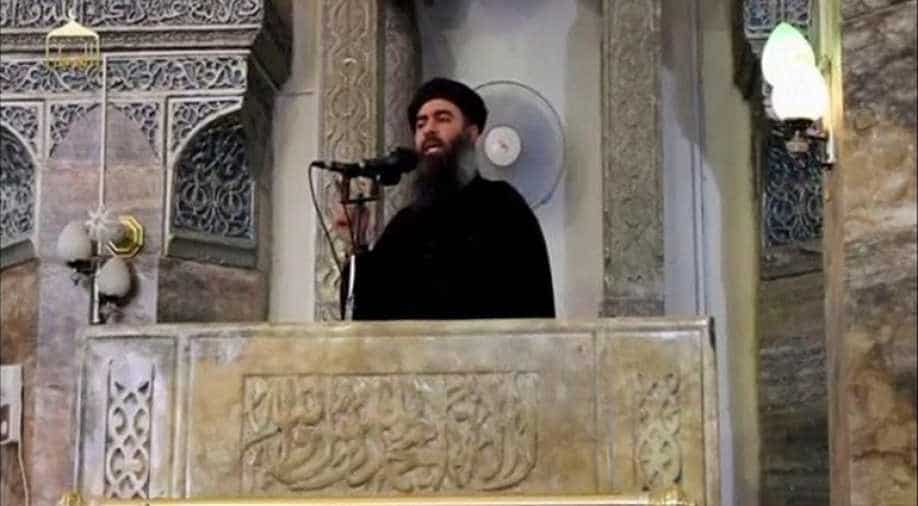 The news of Baghdadi's death has not been verified by Islamic State's official news agency Amaq. Photograph:( Reuters )

Turkey had said earlier that its forces had captured Bagdadi's sister Rasmiya Awad.

A day after Turkish officials announced that they had captured sister of slain Islamic State leader Abu Bakr al-Baghdadi, Turkey President Tayyip Erdogan said that his wife was also captured.

Turkey president in a speech at Ankara University said: "The United States said Baghdadi killed himself in a tunnel. They started a communication campaign about this but, I am announcing it here for the first time: We captured his wife and didn't make a fuss like them. Similarly, we also captured his sister and brother in law in Syria."

Turkey had said on Tuesday that its forces had captured Bagdadi's sister Rasmiya Awad, 65 along with five children during a raid near Azaz near the Syrian border town.

Abu Bakr al-Baghdadi blew himself up after US Delta Force commandos entered his hideout in northwestern Syria. The terrorist group confirmed his death in an audiotape posted online later.

US President Donald Trump who had announced the IS chief's death had said later that Abu Bakr al-Baghdadi’s number one replacement was also killed by US troops. The US president had said that  a "large number" of Islamic State terrorists were also killed in the raid.

Trump did not specify who he was referring to, but the United States government confirmed the killing of Abu al-Hassan al-Muhajir, Islamic State spokesman and a high-ranking figure within the terror group.