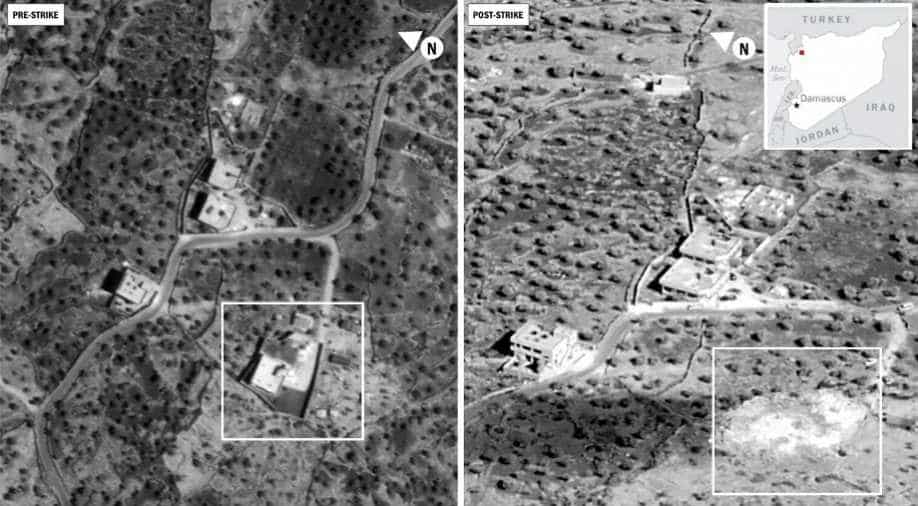 US special forces move towards the compound of Islamic State leader Abu Bakr al-Baghdadi during a raid in the Idlib region of Syria in a still image from video. Photograph:( Reuters )

The declassified, grainy, black-and-white aerial videos from Saturday's raid showed US special operations forces closing in on the compound and US aircraft firing on militants nearby.

The Pentagon on Wednesday released its first images from last weekend's commando raid in Syria that led to the death of Islamic State leader Abu Bakr al-Baghdadi and warned the militant group may attempt to stage a "retribution attack."

The declassified, grainy, black-and-white aerial videos from Saturday's raid showed US special operations forces closing in on the compound and US aircraft firing on militants nearby.

The most dramatic video showed a massive, black plume of smoke rising from the ground after US military bombs leveled Baghdadi's compound.

"It looks pretty much like a parking lot, with large potholes," said Marine General Kenneth McKenzie, the commander of US Central Command, which oversees American forces in the Middle East.

McKenzie, briefing Pentagon reporters, said the idea of destroying the compound was at least in part "to ensure that it would not be a shrine or otherwise memorable in any way.

"It's just another piece of ground," he said. 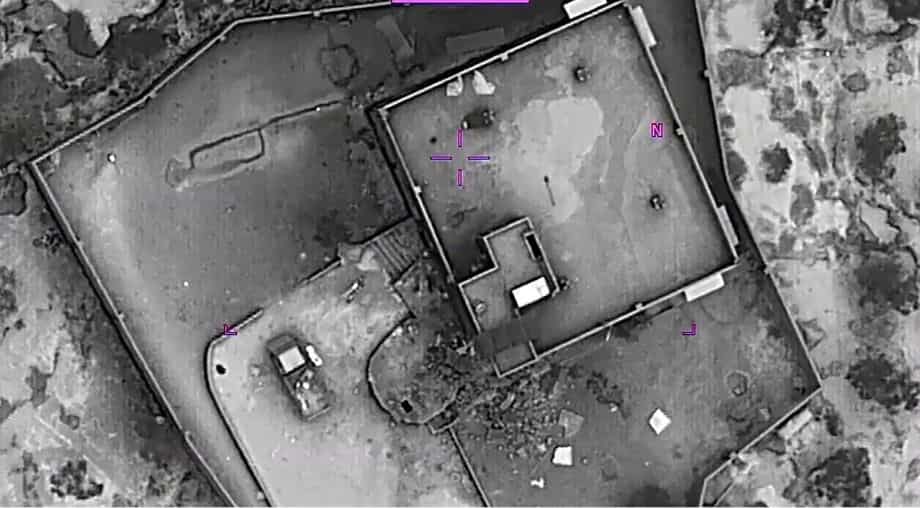 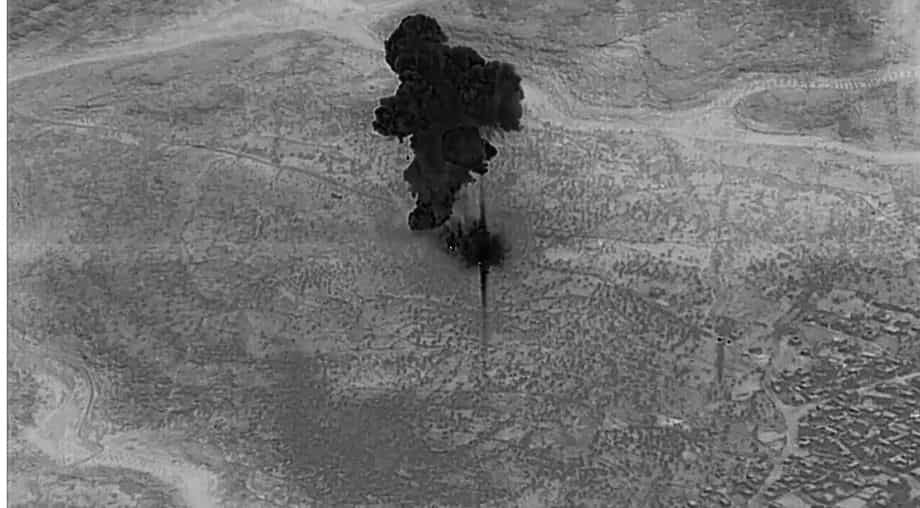 [US special forces move towards the compound of Baghdadi. (Image courtesy: Reuters)] 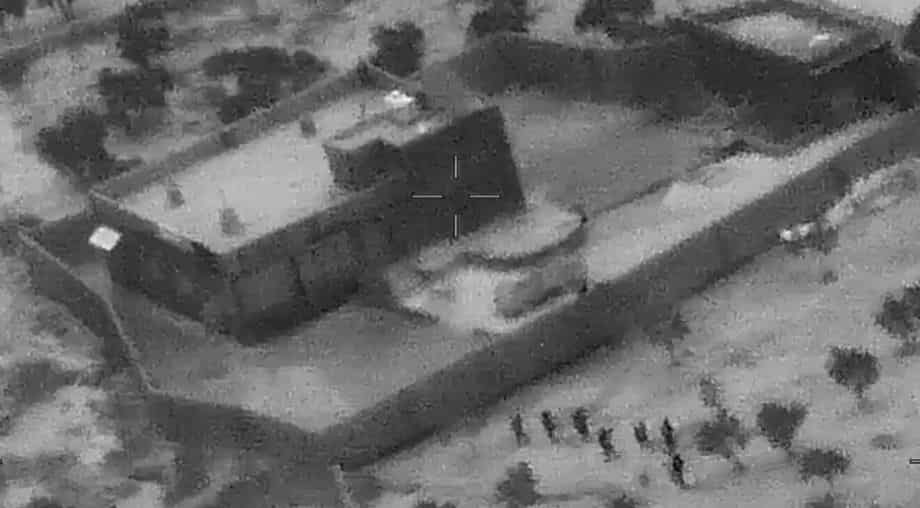 [US special forces move towards the compound.(Image courtesy: Reuters)]

Baghdadi, an Iraqi jihadist who rose from obscurity to declare himself "caliph" of all Muslims as the leader of Islamic State, died by detonating a suicide vest as he fled into a dead-end tunnel as elite US special forces closed in.

McKenzie said he brought two young children into the tunnel with him - not three, as had been the US government estimate. Both children were believed to be under the age of 12 and both were killed, he said.

He portrayed Baghdadi as isolated at his Syrian compound, just four miles from the Turkish border, saying fighters from other militant groups nearby probably did not even know he was there. McKenzie suggested it was unlikely that Baghdadi used the Internet or had digital connections to the outside world.

"I think you'd find (he was using) probably a messenger system that allows you to put something on a floppy or on a bit of electronics and have someone physically move it somewhere," he said.

"We suspect they will try some form of retribution attack. And we are postured and prepared for that," he said.

McKenzie did not back up or knock down Trump's dramatic account of Baghdadi's final moments, which the president delivered during a televised address to the nation on Sunday. Trump said Baghdadi "died a coward — crying, whimpering, screaming."

Asked about Trump's account, McKenzie said: "About Baghdadi's last moments, I can tell you this: He crawled into a hole with two small children and blew himself up as his people stayed on the ground."

"So you can deduce what kind of person he is based on that activity... I'm not able to confirm anything else about his last seconds. I just can't confirm that one way or another."

On Monday, Army General Mark Milley, chairman of the Joint Chiefs of Staff, also declined to confirm Trump's account, saying he presumed Trump got that information from his direct conversations with members of the elite unit that conducted the operation. Milley had not yet spoken with them, he said.

McKenzie suggested the US military had secured a large amount of intelligence about Islamic State's activities during the raid.

"While the assault force was securing the remains, they also secured whatever documentation and electronics we could find, which was substantial," McKenzie said, declining to provide further details.

McKenzie said Turkey's incursion into Syria this month, and the US pullback from the border, was not a factor in deciding the timing of the raid. Instead, McKenzie pointed to a host of other factors, including the amount of moonlight.

"We struck because the time is about right to do it then, given the totality of the intelligence and the other factors that would affect the raid force going into and coming out," McKenzie said.