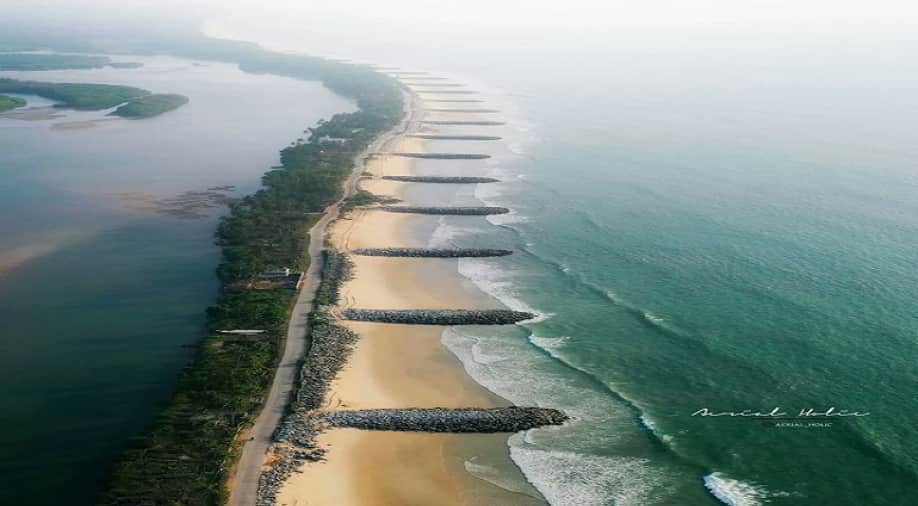 The southern part of India is well known for its picturesque beaches and a former Norwegian diplomat took to Twitter to share a picture of a beachside road that he described as ‘world’s most beautiful cycling route’. Erik Solheim posted an aerial shot of Karnataka's Udupi district with the caption - "World’s Most Beautiful Cycling Route? Udupi, Karnataka, India". The diplomat did not share the exact location of the beach in the picture, but it became viral on social media.

The picture showed a long road along the coastline with calm waters on one side and the sea on another. There were also a large number of trees enveloping the road and most users of the social media site agreed that it will be a perfect location to go driving or cycling because of its beauty.

Although the quality of the road was a topic of discussion among the Twitter users, but the natural beauty earned praises from everyone.

A lot of users also started guessing the exact location and a number of them believed that it was the Maravanthe Beach near the town of Byndoor in Udupi district. The image was originally taken by Dhenesh Annamalai who posted it on his Instagram handle, @aerial_holic on March 9.

Also read | NASA has identified 'something weird' happening to the universe

The caption accompanying the original picture read - "Maravanthe Beach so unique is the fact that it is surrounded by two beautiful water bodies, namely the Arabian Sea on the western side, while the placid and amazing Sauparnika River on the eastern side."