WTC Final: Reserve day will be used in India vs New Zealand clash as rain wipes off Day 1 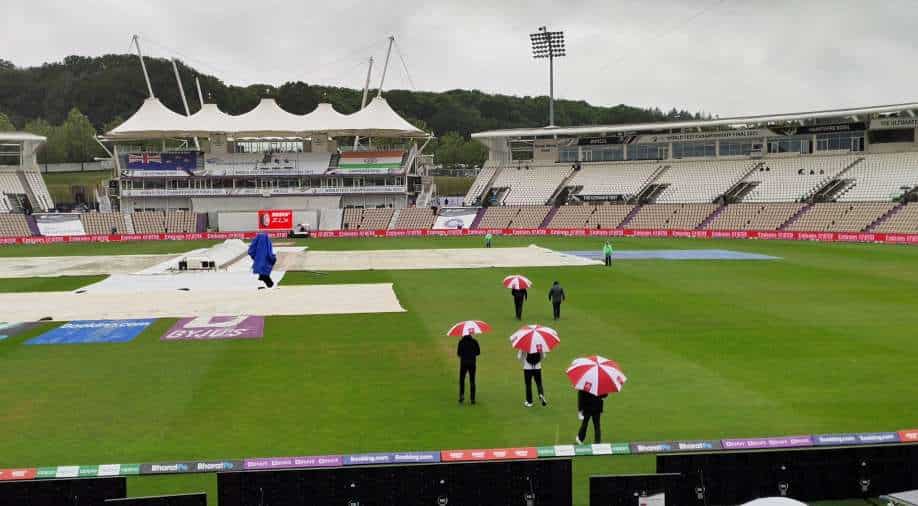 The World Test Championship final among India and New Zealand hit a downpour detour even before the throw could occur at the Rose Bowl in Southampton on Friday.

The World Test Championship final among India and New Zealand hit a downpour detour even before the throw could occur at the Rose Bowl in Southampton on Friday. Nonstop downpour since Thursday evening implied the first day of the WTC final was called off.

The toss for the World Test Championship final was additionally been deferred because of the climate conditions. It might have been held after lunch had the conditions improved. In any case, Day 1 was called off without a ball being bowled.

The reserve day or sixth day will authoritatively happen thirty minutes into the second session i.e 6:40 pm IST. The two and a half long stretches of play previously lost can be made up throughout the following five days with 30 minutes of a solid beginning on every day.

UPDATE - Unfortunately, play on Day 1 has been called off due to rains. 10.30 AM local time start tomorrow.#WTC21

"The Reserve Day has been scheduled to ensure five full days of play, and it will only be used if lost playing time cannot be recovered through the normal provisions of making up lost time each day,” ICC in a release while announcing the playing conditions for the WTC final.

Assuming, notwithstanding, an outcome isn't accomplished even after the additional 30 minutes consistently and the full save day, then, at that point, the two India and New Zealand will share the WTC title. The 6th day, in the event that it is utilized, will include a limit of 330 minutes or 83 overs in addition to the actual last hour.

“There will be no additional day's play if a positive result is not achieved after five full days of play and the match will be declared a draw in such a scenario," the ICC release on the playing conditions read.