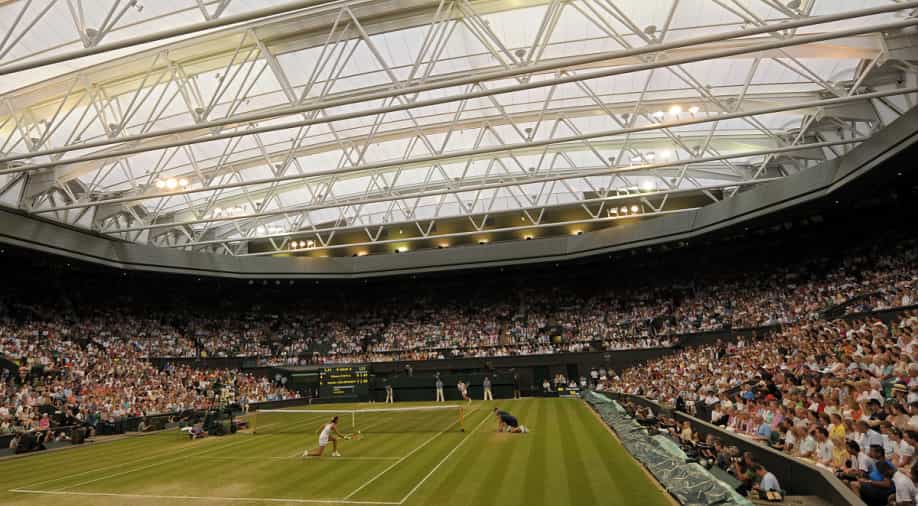 Wimbledon 2022 organisers have decided to provide free tickets to Ukrainian refugees for the tournament and will also donate 250,000 pounds ($307,100) to those affected by Russia`s invasion of the country.

Wimbledon will give Ukrainian refugees free tickets to the tournament and donate 250,000 pounds ($307,100) to those affected by Russia`s invasion of the country, the All England Lawn Tennis Club, said on Friday.

Following the invasion, Wimbledon banned Russian and Belarusian players from the tournament, resulting in the men`s ATP Tour and women`s WTA Tour taking away its ranking points.

"On behalf of The All England Lawn Tennis Club and the LTA, we wish to express our ongoing support for all those impacted by the conflict in Ukraine. We recognise the fantastic response from the British public to welcome Ukrainian refugees into their homes and communities," Ian Hewitt, Chairman of the All England Club said in a statement.

To that end, the All England Club has invited all Ukrainian refugees who have settled in the boroughs of Merton and Wandsworth, alongside their sponsor and charity delivery partners, to join us at The Championships for play on Middle Sunday, 3 July," he added.

"In addition, the All England Club and the LTA have jointly committed a £250,000 donation on behalf of Wimbledon to the refugee response efforts through the Tennis Plays for Peace initiative and the British Red Cross Ukraine Appeal," he added.