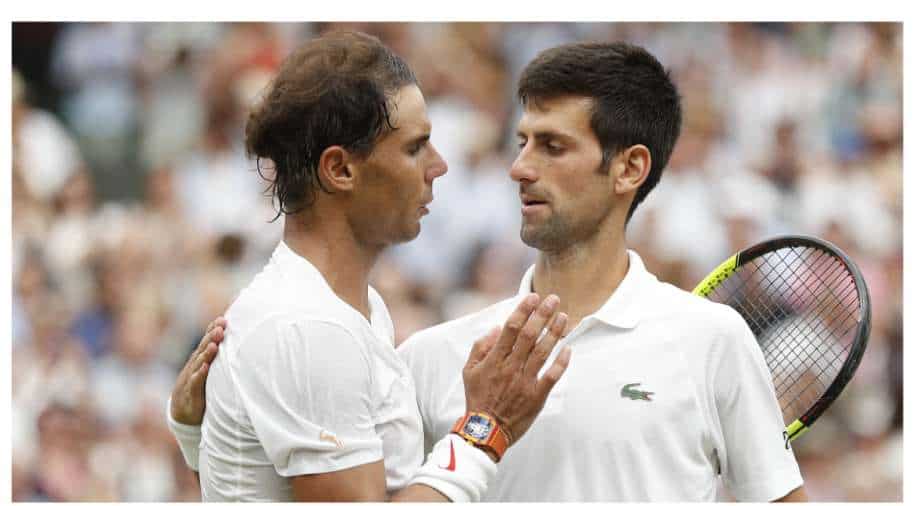 There is a lot to look forward to in the forthcoming Wimbledon 2022 even though there is no ranking points on offer at the grass-court event. Indian tennis coach Nandan Bal opines on the showpiece event ahead of its commencement:

It is time for the third Grand Slam of the calendar year. After the mega success of Australian Open and French Open, the action now moves to the grass-court Grand Slam event as Wimbledon 2022 is set to commence on June 27. Ahead of the 135th edition of the premier tournament in England, there is a lot of hype for the mega event.

While it will be the first time that former World number one Roger Federer won't be part of the Wimbledon in over two decades, since 1998, the veteran stars such as Novak Djokovic, Rafael Nadal and Serena Williams will hope to give plenty to cheer for fans. Ahead of the commencement of this year's Wimbledon, Wion's Sports Editor Digvijay Singh Deo interacted with Indian tennis coach Nandan Bal who gave an early prediction with regard to both men's and women's singles.

For the unversed, world number two Djokovic could fall down to number seven by mid-July if Wimbledon doesn't go as per plans for the Serbian. A gap of three Grand Slam titles, with Nadal (22), can certainly prove to be a lot for Djokovic.

Thus, Nandal Bal spoke on Djokovic and Nadal's chances in the interaction. The veteran coach said, "There is no question that the next generation is coming closer. It is sad that Alexander Zverev succumbed to an injury in the French Open semi-finals (vs Nadal). Still, there are many others such as Daniil Medvedev, Stefanos Tsitsipas, etc. who have risen up the ranks. It is only a matter of time before they take on the three champions (Federer, Nadal and Djoko)."

"Djokovic and Nadal would probably be the favourites to play the final. I don't see Tsitsipas and Casper Ruud in the semis. Especially Ruud, who has been very vocal of not likening it when he competes on grass. Carlos Alcaraz, on the other hand, hasn't proved himself. Hence, don't think he has much chance on such a surface. You certainly have Italy's Matteo Berrettini as the darkhorse."

Speaking exclusively on Spainard Nadal's chances, who has turned up for the third Grand Slam of the year battling his foot injury, Nandan added, "He is dangerous on any court or surface. He has proved it time and again that he can compete anywhere. Earlier, people said he is a one-surface player but now he has most Grand Slams by any male player in the history of the game. You can never rule him out. If he gets 2-3 decent first, second and third rounds, he can be in great shape if his physical fitness levels hold up."

This year's Wimbledon will see no Russian and Belarus players participating after they were banned following Russia's invasion of Ukraine, early this year. In addition, there is no ranking points on offer at the grass-court event. Nonetheless, there still remains a lot to look forward to in every category.