Williamson, Root among 4 nominees for Sir Garfield Sobers Trophy for ICC Player of 2021, no Indian included 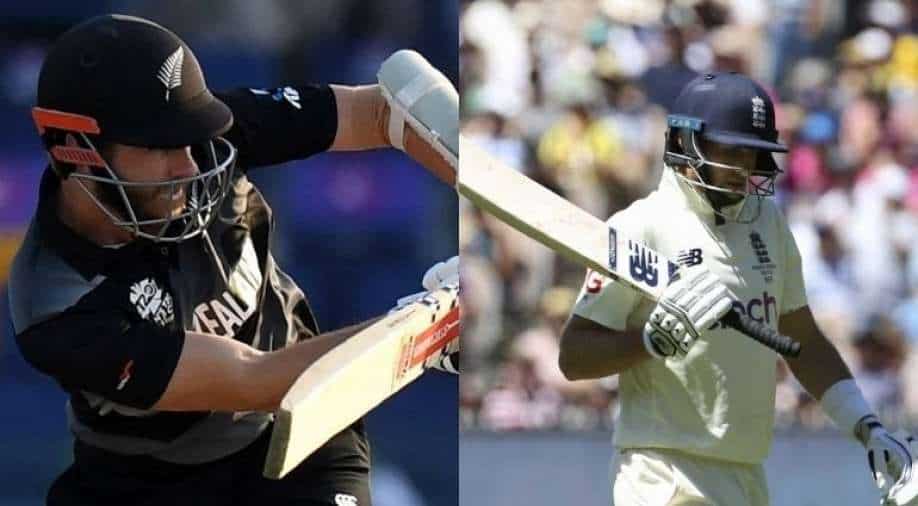 Joe Root has had a year to remember, scoring 1855 runs in 18 international matches at an average of 58.37 (six centuries).

Surprisingly, no Indians were nominated. Though, Ravichandran Ashwin has been nominated in the ICC Test Player of the year category.

England may have lost the Ashes as Australia established an unassailable 3-0 lead in the five-Test series, but Root has had a year to remember, scoring 1855 runs in 18 international matches at an average of 58.37 (six centuries).

Root, who has firmly established himself as the backbone of England's batting in Test cricket, has regularly been the lone man standing for the team. His year began with a 228-run knock against Sri Lanka in Galle, and only got better since then.

He backed up his achievements against Sri Lanka with a remarkable performance against India in Chennai, scoring a magnificent 218.

He maintained his form against India in the second leg of the Test series at home, accumulating 564 runs in four matches and three hundreds. His batting performance also helped him reach the top of the ICC Test Player Rankings, where he was later overtaken by Australia's Marnus Labuschagne.

Despite failing to convert his starts into large scores, Root was England's finest batsman in the first three Ashes Tests against Australia.

Root's biggest knock this year has been a 218 in the heat of Chennai against a top-tier Indian spin attack. In 377 deliveries, Root smashed 19 fours and two sixes, effectively neutralising the threat posed by Ravichandran Ashwin and company.

His effort helped England to a massive first innings total of 578, which helped them win the match by 227 runs.

Pakistan bowler Shaheen Afridi's 78 wickets in 36 internationals at an average of 22.20 and best bowling statistics of 6/51 have seen him dismiss some of the top batsmen in all three forms of the game. He was at his best in the T20 World Cup in the UAE, when he wowed the crowd with his speed and talent.

Kane Williamson's 693 runs in 16 internationals, along with his leadership, helped New Zealand win the ICC World Test Championship Final against India in Southampton. Williamson also contributed significantly with the bat in the game, scoring 49 runs in the opening innings. He followed it up with an unbeaten 52 in the 139-run chase, leading his team to lifting the mace.

Williamson also led the Kiwis to the T20 WC final, where they lost to Australia by 8 wickets.

With 1,915 runs in 44 internationals and 56 dismissals, Pakistan wicketkeeper-batsman Mohammad Rizwan dominated the roost this year in the shortest version of the game. Rizwan scored 1,326 runs in 29 matches at an average of 73.66 and a strike rate of 134.89. Apart from his achievements with the bat, he was as steady as ever behind the wickets, playing a major role in Pakistan's march to the T20 World Cup semi-finals.