R Ashwin, Joe Root and two others nominated for ICC Test Player of the Year award 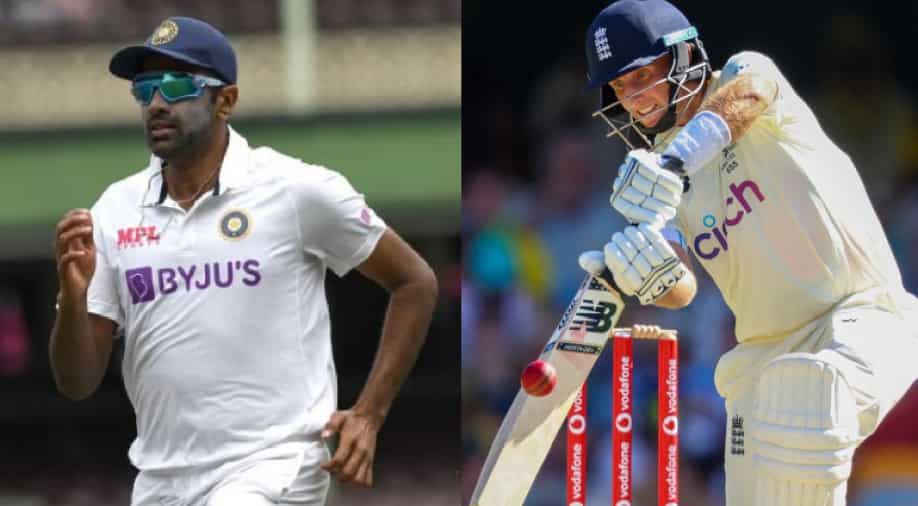 R Ashwin and Joe Root have been nominated for ICC Test Player of the Year award. Photograph:( AFP )

ICC on Tuesday announced the nominees for the Test Player of the Year 2021 award with R Ashwin making the cut. England captain Joe Root has also been nominated for the honour.

The International Cricket Council (ICC) on Tuesday (December 28) announced the nominees for the Test Player of the Year award 2021. Senior spinner R Ashwin is the only Indian to make the cut. He has been nominated for the award alongside England skipper Joe Root, New Zealand all-rounder Kyle Jamieson and Sri Lanka batter Dimuth Karunaratne.

Ashwin once again proved why he is one of the best spinners of the current generation with consistent performances throughout the year. The senior off-spinner finished as the highest wicket-taker in Tests in 2021with 52 wickets to his name in nine matches at an average of 16.94, including three five-wicket hauls.

Apart from his heroics with the ball, Ashwin also made some crucial contributions with the bat for India. He played an instrumental role in India's series win against England at home which helped them secure a spot in the World Test Championship (WTC) final against New Zealand.

England captain Root was one of the best batsmen in Test this year as he continued his purple patch in the whites. Root notched up an impressive 1708 runs in 15 matches with the help of six centuries for England and is one of the favourites for the Test Player of the Year award.

Root now has the record for most runs by an English batsman in a calendar year and is only the third batter overall to score over 1700 runs in a calendar year in Tests. However, the England skipper's year didn't end in an ideal way on the captaincy front with the visitors losing back-to-back three matches in the ongoing Ashes 2021-22 in Australia.

New Zealand all-rounder Jamieson also had a fabulous year for his country in Tests and picked up 27 wickets in five matches to help the Kiwis reach the final of the World Test Championship. New Zealand lifted the title after beating India by 8 wickets in the final. Jamieson was awarded the Man of the Match in the final for his 7 wickets and 21 runs.

Sri Lanka's Karunaratne has also been nominated for the Test Player of the Year award after having a magnificent campaign with the bat. He amassed 902 runs in seven Tests this year at an average of over 69 with the help of four centuries. Karunaratne played some memorable knocks against the likes of Bangladesh and West Indies.