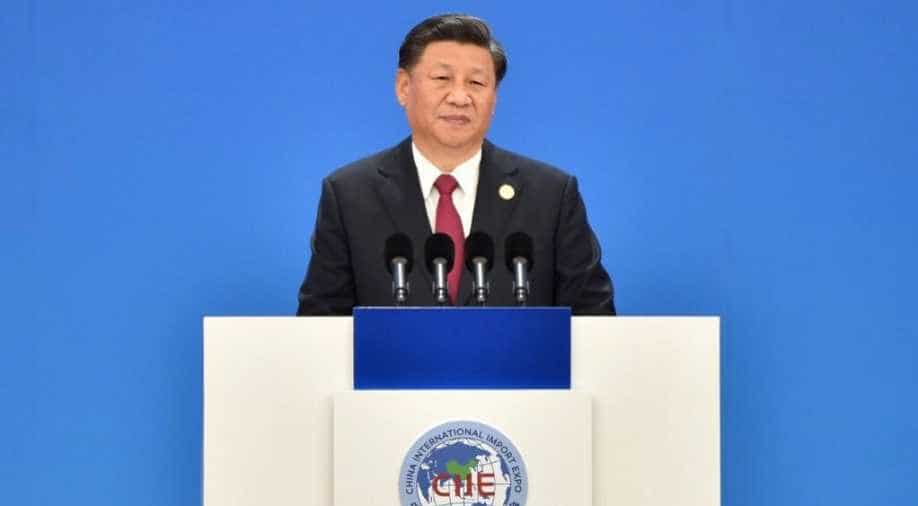 Xi Jinping has another dream to win a football world cup but Chinese football team is a national humiliation and, therefore, Xi Jinping decided to take matters in his own hands.

Xi Jinping has many dreams. The dreams to make China a superpower. Put the middle kingdom at the centre of global commerce and to take back the breakaway province of Taiwan.

Xi Jinping has another dream to win a football world cup but Chinese football team is a national humiliation and, therefore, Xi Jinping decided to take matters in his own hands.

Here is how the Chinese president is chasing the world cup glory.

Xi hopes to be the world’s most powerful football coach. Even better than the likes of Jose Mourinho or Zinedine Zidane. Xi Jinping is not quitting his day job. But, for quite some time now, the Chinese president has been on a mission. A mission to turn China into a superpower, on the football pitch.

The battle is a personal one. When President Xi was party chief in rural Hebei, he witnessed the trashing of the Chinese side by a British club Watford FC which defeated China’s national team 5-1 in 1983.

Xi hasn’t forgotten the humiliation. So, in 2011, he unveiled the great soccer dream. The Chinese president wants to not just host the football world cup but even lift the trophy one day. With China’s football ambition, the geopolitical power battle is now set to kick off in the stadium too.

With his world cup bid, Xi Jinping will be rubbing shoulders with his good friend Vladimir Putin. Russia had hosted the 2018 world cup with the Russian president attending every game to cheer his side.

The US is an adversary here too. The American women’s national team is the world’s most successful side. China may be able to push its weight around against Russia and the US. But on the football field, China is a non-starter.

The Chinese national side is ranked 76th in the world. It has qualified only once for the world cup, way back in 2002. The talent deficit is quite evident. But the dragon is desperate and is recruiting foreign players into its national side.

In 2019, Nico Yennaris gave up his British passport and moved to Beijing. Yennaris, now known as like, is now a member of the Chinese side.

Others players rejected in the West, are chasing stardom in China now. John Hou Saeter renounced his Norwegian passport to play in China.

Brazil-born strike Elkeson has joined the Chinese team too. Reports say, at least nine foreign footballers have switched their allegiance to be naturalized Chinese citizens. With the recruits, China is targeting world cup qualification once again.

The world is still gripped by the Wuhan virus but football has resumed in China with the national team starting practice. Xi Jinping wants to transform China into a great soccer nation but he must first know the score... Or he'll end up with more embarrassment.