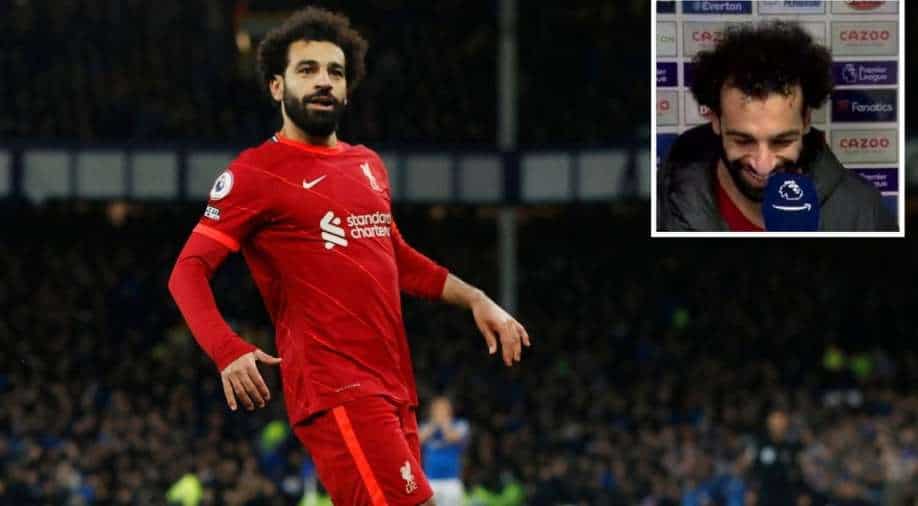 Liverpool star Mohamed Salah was asked by a reporter about finishing seventh in the Ballon d'Or. Photograph:( Reuters )

Mohamed Salah, who scored twice during Liverpool vs Everton match, burst into laughter on being asked about his seventh-placed finish at the Ballon d'Or. Liverpool registered a 4-1 victory in the Merseyside derby at Goodison Park on Wednesday (December 1). With the win, Liverpool are two points behind Premier League leaders, Chelsea.

After the match, Salah was asked by a reporter about finishing seventh in the Ballon d'Or, in the reply, Salah laughed and said: "I have no comment". The reporter then told Salah that he will finish better next year, Salah said, "Ah hopefully, we'll never know, thank you."

In the last season, Messi scored 38 goals in 48 games for Barcelona and won the Copa del Rey. He also led Argentina to Copa America glory in July.

However, Messi's Ballon d'Or win has been criticised by some. Liverpool boss Jurgen Klopp, Toni Kroos and Iker Casillas were surprised by Messi's triumph in Paris.

Even, Manchester United star Cristiano Ronaldo reportedly commented "facts" on a post that detailed why he deserved the award over his rival Messi. The Instagram post was uploaded on a fan page for CR7, which is followed by Ronaldo himself. In the post, Messi's award was described as: "Theft. Dirt. Shame. Simply regrettable."

"Who saw, saw. Anyone who is smart enough knows who the real deserving ones are. Receiving awards without earning it is false happiness, without pride," the caption read.

The fan page also stated: "43 goals in the year, 6 goals in 5 games in this Champions League, all decisive and a guy who, regardless of age, continues to work miracles and is the guy who most impresses the world most often. They still put the guy in 6th… Do you really think that 5 guys did more than him in the year? Never."