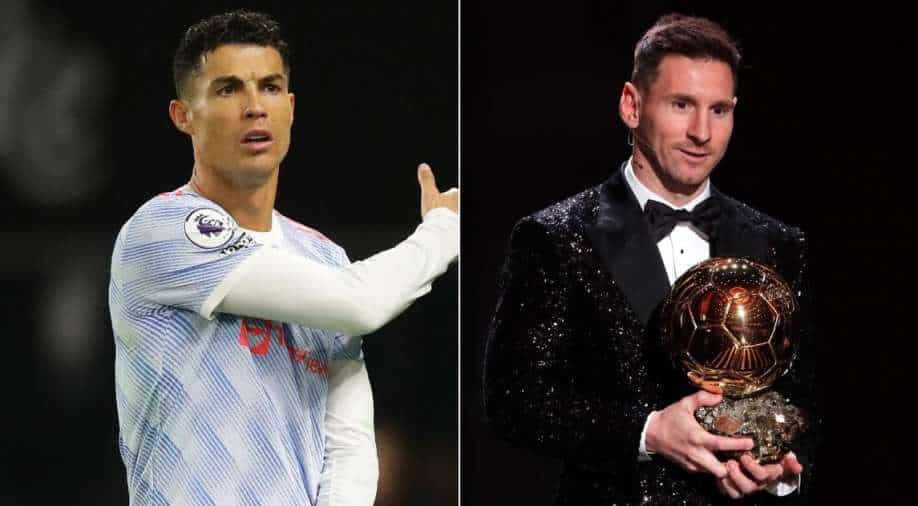 Paris Saint-Germain star Lionel Messi won the Ballon d'Or award for the best player in the world for a record-stretching seventh time on Monday (November 29). The 34-year-old won the prestigious trophy after beating Robert Lewandowski and Jorginho.

However, Messi's Ballon d'Or win didn't go well with some of the critics as a group of people have been claiming on social media forums that Messi was apparently not the right choice.

The debate escalated further when Manchester United star Cristiano Ronaldo reportedly commented "facts" on a post that detailed why he deserved the award over his rival Messi. Ronaldo, who finished sixth in this year's voting, has earned the Ballon d'Or five times.

The post is on the Portuguese captain fan page, named 'Cristiano Ronaldo - The Legendary' and its screenshots have gone viral. Interestingly, Ronaldo himself follows that account. In the post, Messi's award was described as: "Theft. Dirt. Shame. Simply regrettable."

IN PICS | How much Lionel Messi earns per week? Mind-boggling salary of PSG star and his net worth 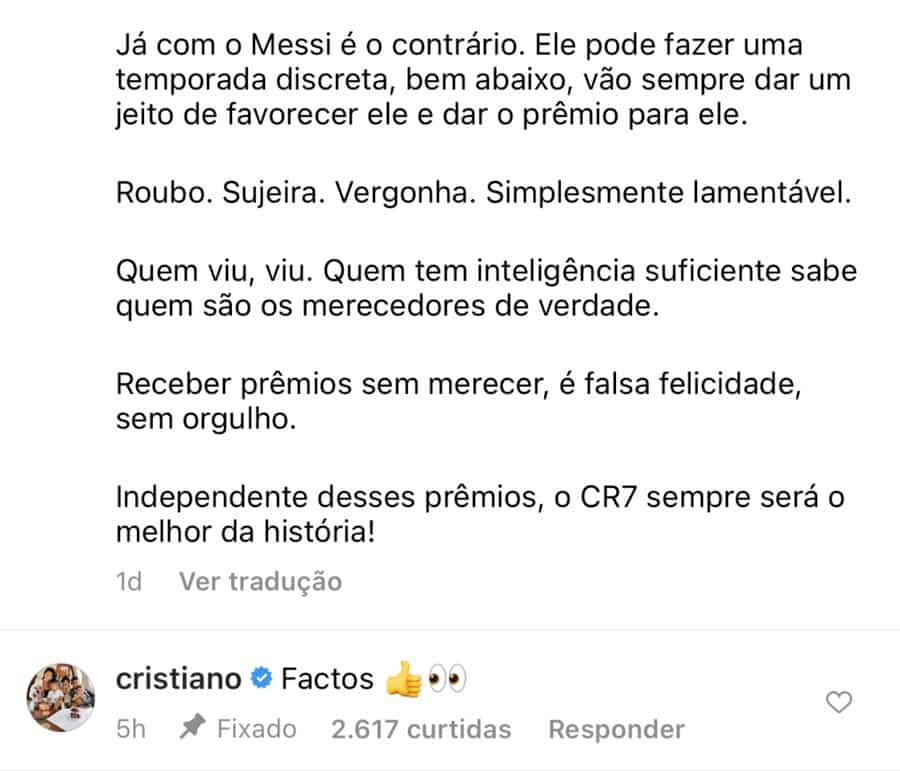 "Who saw, saw. Anyone who is smart enough knows who the real deserving ones are. Receiving awards without earning it is false happiness, without pride," the caption read.

The fan page also stated: "43 goals in the year, 6 goals in 5 games in this Champions League, all decisive and a guy who, regardless of age, continues to work miracles and is the guy who most impresses the world most often. They still put the guy in 6th… Do you really think that 5 guys did more than him in the year? Never."

"For Cristiano to win this prize he has to be 300% unquestionable. It's no use scoring the most beautiful bike of the year, being champion of everything by club, top scorer of everything and scoring a hat-trick in the World Cup, they still provide a way to take his prize. With Messi, it's the other way around. He can do a low-key season, way below, they'll always find a way to favour him and give him the prize," it added.

I actually can’t believe this is a 36 year old athlete, the lack of sportsmanship and the inferiority complex is despicable. pic.twitter.com/iSMBdbEXey

Ronaldo has also hit back at a "disrespectful" claim that his only remaining ambition is to win the Ballon d'Or more times than Lionel Messi.

The Ballon d'Or, given to the best male and female footballers of the year, is voted on by 180 journalists and presented by France Football.

Pascal Ferre, the editor in chief of France Football, was quoted in the New York Times recently saying Ronaldo told him his primary motivation was to retire having won the accolade more often than his old rival Messi.

Ronaldo, 36, took to Instagram to deny that suggestion. "Today's outcome explains Pascal Ferre's statements last week, when he said that I confided in him that my only ambition was to finish my career with more Ballon d'Ors than Lionel Messi," Ronaldo wrote.