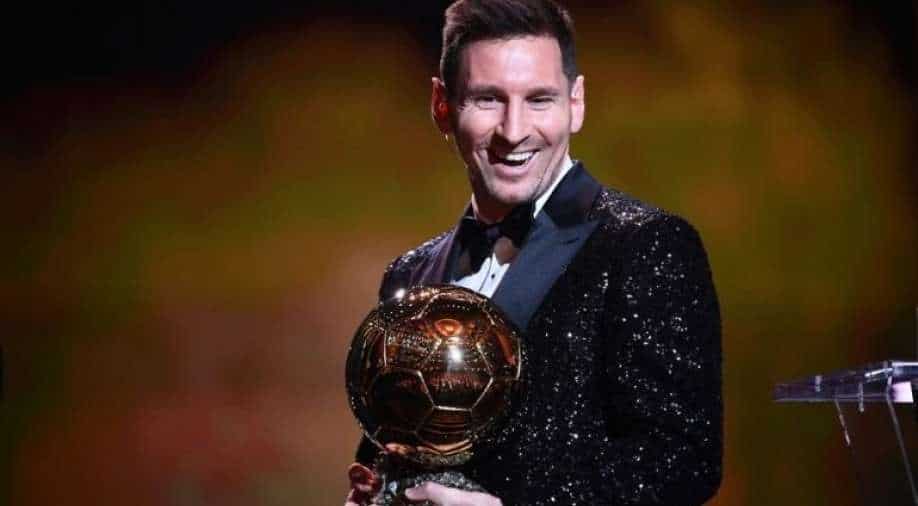 Neymar is also likely to be out for between six and eight weeks after suffering ankle ligament damage in Saint-Etienne.

Fresh from winning his seventh Ballon d'Or, Lionel Messi missed PSG training on Tuesday morning as he is struggling with symptoms of gastroenteritis.

Argentine's presence remains doubtful when Paris Saint-Germain will take on OGC Nice in the big midweek game at the Parc des Princes on Wednesday.

The iconic Argentine appeared to be in good health in a star-studded ceremony in the French capital where he took the Golden Ball for the record-extending 7th time.

He is, however, feeling under the weather after the ceremony and could sit out a clash with Nice as a result. In a fitness update released on the club's official website, PSG have said: "Lionel Messi and Leandro Paredes did not participate in the training session today due to symptoms of gastroenteritis."A further check will be made tomorrow morning," the statement added.

Having joined PSG in August, Messi is the first French-based winner of the Ballon d'Or since Jean-Pierre Papin of Olympique de Marseille in 1991 but he is still yet to produce his very best form on a consistent basis in Ligue 1. The 34-year-old has so far played just seven times, and scored just one goal, in domestic competition for Mauricio Pochettino's side.

Earlier on Monday, PSG confirmed that Neymar is likely to be out for between six and eight weeks after suffering ankle ligament damage in Saint-Etienne. That means he is unlikely to feature again before mid-January.

ALSO READ: PSG's Brazil forward Neymar ruled out of action for up to eight weeks with ankle injury

It is just the latest setback for a player whose season has just never really got going - the world's most expensive player has found the net just three times in 14 matches, twice against Girondins de Bordeaux and once from the penalty spot against Olympique Lyonnais.