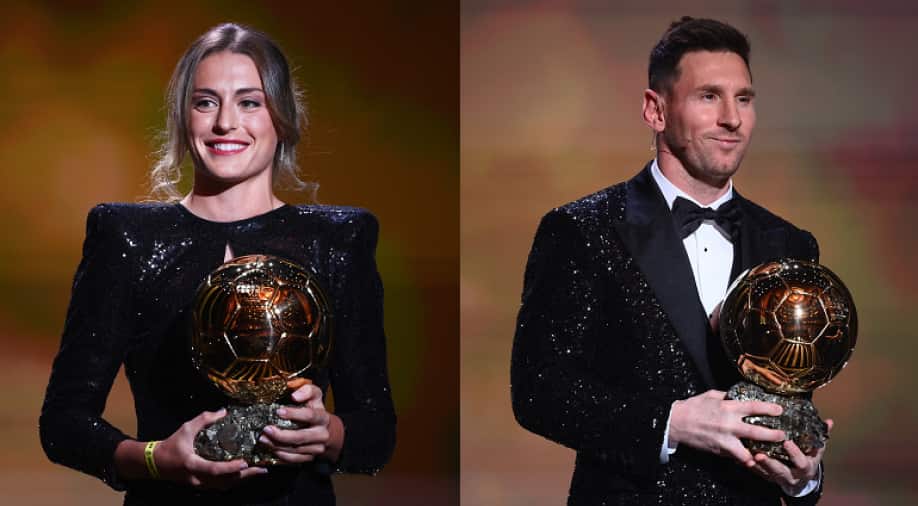 Proving why he is regarded as one of the greatest of all time, Lionel Messi confirmed his status as the best player in the world once again by clinching a record-extending seventh Ballon d'Or title on Tuesday. Messi, who left Barcelona on a free transfer to joining Paris Saint-Germain (PSG) this year, has now become the first player to win the prestigious individual honour in three different decades.

Messi was the top scorer in the La Liga with Barcelona, netting 30 goals while also winning the Copa del Rey. He then inspired Argentina to a memorable Copa America triumph. Messi scored five goals and registered four assists in Copa America, playing an instrumental role in Argentina's triumph.

The Argentine legend was pinned against Robert Lewandowski and Chelsea's Jorginho in the final three but emerged on top after beating both. Lewandowski, who has been a goal machine for Bayern Munich, was a clear favourite for the Ballon d'Or last year but the awards were scrapped much to his disappointment. The Polis striker has scored 55 goals and won the Champions League with Bayern last year in what was an incredible season for him.

Lewandowski finished second behind Messi in the Ballon d'Or rankings this year. PSG's Gianluigi Donnarumma won the Yachine Trophy for the best goalkeeper of 2021 for his heroics in Euro 2021 and for Juventus at the club level. Lewandowski won the Best Striker of the Year award for scoring 41 goals in the Bundesliga last year.

Barcelona’s Alexia Putellas won the women's Ballon d'Or award after a stunning season with her club and country - Spain. Putellas scored 18 goals and provided 12 assists in Barcelona's treble-winning season and has already been named UEFA Best Women's Player of the Year. She is the third woman to win the Ballon d'Or after Ada Hegerberg and Megan Rapinoe, who won the award in 2018 and 2019 respectively.

Chelsea, who won the Champions League under Thomas Tuchlel after staging a remarkable comeback post Frank Lampard's sacking, went on to win the Club of the Year award for having the most number of nominations across categories.

Complete list of winners during the 2021 Ballon d’Or awards ceremony:

Club of the Year award – Chelsea