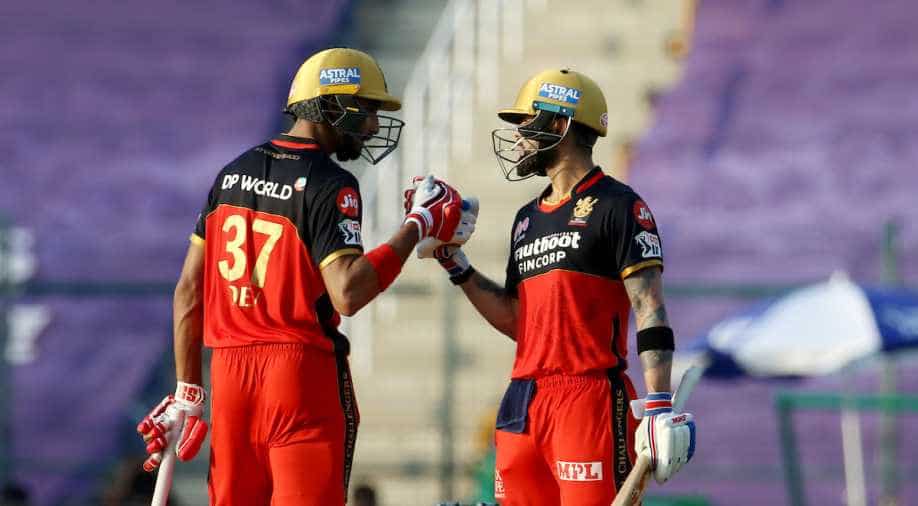 While speaking to reporters, Padikkal revealed Kohli's advice that will help him improve in future.

Royal Challengers Bangalore had a shaky IPL 2020 season. They began on a high by being among the top four teams in the title race, but they ran out steam in the second half of the tournament and ended up losing five matches in a row, including the eliminator clash against Sunrisers Hyderabad.

However, the franchise was surprised with their debutant Devdutt Padikkal. The 20-year-old batsman impressed fans with his Yuvi-like batting style. In his debut season, Padikkal became the leading run-scorer for RCB with 473 runs in 15 games. He went on to break Shreyas Iyer's record of scoring most runs in a debut season and also won the Emerging Player of the Season award.

While speaking to reporters, Padikkal revealed Kohli's advice that will help him improve in future.

"There’s a long way to go for me and there’s so much I have to improve upon. It’s just the beginning. Virat helped me along the way in terms of how to build innings. He asked me to continue to work hard and not let success affect me. Keep pushing ahead and keep improving is what he told me, and that’s what I am going to do," Padikkal told India Today.

"It’s important one should continue to enjoy the game and not get caught in thoughts regarding policy and playing for the country because that’s going to happen when the time is right.

"I have learnt a lot with so many senior players around. It has changed my mindset as to how to deal with a lot of situations. They (senior players) keep themselves stable throughout the season regardless of how the team is performing and would focus on the process and not on the result."