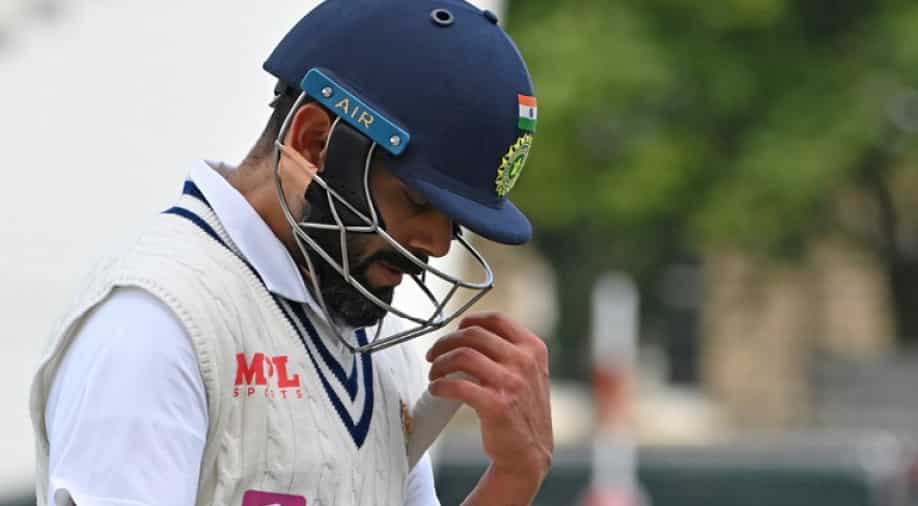 Virat Kohli was not forced by BCCI or the selectors to resign, as per board's treasurer. Photograph:( AFP )

BCCI treasurer Arun Dhumal has said Virat Kohli was not under any pressure from the board or the selectors to resign as the Test captain of the Indian team.

Virat Kohli announced his resignation as the Test captain of the Indian cricket team on Saturday (January 15), a day after the conclusion of the three-match Test series against South Africa which India lost 2-1. The series was being deemed as India's best chance to clinch their maiden Test series win against the Proteas in their own backyard.

However, Kohli & Co. failed to claim the three-match rubber despite coming close having won the series-opener comfortably to go 1-0 up. It turned out to be Kohli's last Test series as the captain of the Indian team as he took to social media to announce his surprising decision which left the entire cricket fraternity in shock.

While there have been rumours floating around on social media regarding BCCI's possible hand in the matter after Kohli had a public fallout with the board earlier this year over his sacking as ODI captain, the board has maintained Kohli was not asked to leave the top post.

BCCI treasurer Arun Dhumal opened up on his decision to step down as Test captain and said Kohli had no pressure from the BCCI or the selectors while adding that he could have carried on as captain for another few years.

“Virat Kohli had no pressure from the BCCI or selectors to step down. It’s his decision and we respect that, but he could have carried on for another two to three years as captain," Dhumal told News18.

Also Read: You held on to nothing with greed: Anushka Sharma posts heartfelt note as Virat Kohli gives up Test captaincy

While Kohli didn't reveal the exact reason behind his decision to quit Test captaincy, the Indian skipper in his statement said he has always given his 120 per cent to the team and he can't be dishonest to the team by not putting in the same efforts now.

"I have always believed in giving my 120 percent in everything I do, and if I can't do that, I know it's not the right thing to do. I have absolute clarity in my heart and I cannot be dishonest to my team," Kohli said in his statement.